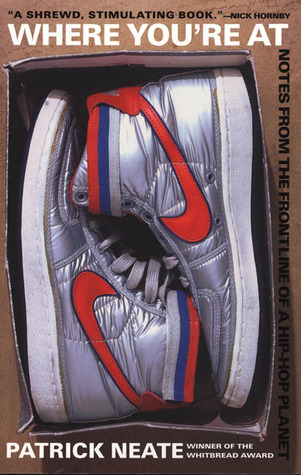 Many of the responses to our NBCC Reads query on favorite music books focused on history, biography, novels, and criticism. But our members also paid tribute to plenty of examples of first-person writing, including memoirs and oral histories, in a range of genres. Abby Frucht selected classical guitarist Glen Kurtz's Practicing: A Musician's Return to Music, “for its modesty, its honesty, its clarity, and its broad application to disciplines and walks of life separate from music.” NBCC board member Sue Shapiro chose a memoir that awaits a sequel, Bob Dylan's Chronicles: Volume One, “which I found as weird, poetic, revealing  and fascinating as my favorite Dylan album, Blood on the Tracks.”

I won't lie, I gave up seeking out new music right around the time I turned 35 and cancelled my CMJ subscription. I held on a bit longer to my subscription to Paste magazine, back when they'd bundle CDs of new singles with the magazine. Alas, those days are over too. So, to be honest, music books aren't high on my reading list. That said, of those I have read, I have a trio of favorites that have really stuck with me:

Where You're At by Patrick Neate. The NBCC winner delivers a wonderful travelogue about global hip-hop culture. By a white guy no less, who takes hip hop seriously, but not righteously.

So You Wanna Be a Rock and Roll Star by Jacob Slichter, a book with perhaps the best subtitle ever: “How I Machine-gunned a Room Full of Record Executives and Other True Tales from a Drummer's Life.” It's by the drummer of the 90s band Semisonic and offers a realistic take on the ups and downs of being a one-hit wonder back in the age when albums and not singles mattered most.

You Must Go and Win by Alina Simone. This is perhaps the most joyful book about failure I've ever read —and easily the most hilarious. Simone, the child of Ukrainian immigrants depicts life as a struggling Brooklyn musician specialized in Russian punk. Seek out the book, if only for her description of what it's like to attend a male strip club in Siberia. Holy hell…

It’s far too easy to overlook this fine book. Much of it consists of transcriptions of Michael Hedges’ pieces for solo guitar – songs such as “Rickover’s Dream,” “Aerial Boundaries,” and “Bensusan.” I play guitar, and I’ve owned this book for years, but these powerful instrumentals are way beyond my skill level. Fortunately, Rhythm, Sonority, Silence also includes a mini-autobiography that is absolutely fascinating. Hedges writes about growing up as a fat kid (he uses the euphemism “plump”) in Enid, Oklahoma, and how the guitar became not just an instrument he played but a valuable tool in getting him to step out of his shell and be a more social person. He also writes about being signed in the early 1980s to a contract with Windham Hill Records, a label formed by fellow guitarist William Ackerman. Windham Hill became known for “New Age” recordings, but Hedges’ music was always far more aggressive than that of his labelmates – he called his compositions for guitar “heavy mental.” Hedges published this book in 1995. Unfortunately, two years later, on Dec. 2, 1997, he was killed in a one-car accident in northern California. He was only 43. Reading “Rhythm, Sonority, Silence” always turns my attention back to the great music he made; it’s just too bad he didn’t live to make more of it.

And Rodney Welch chose an 80s rock oral history that has more than one fan among our membership:

The first that soars to mind is Michael Azerrad's classic Our Band Could Be Your Life, mainly because the author not only taught me so much about the the 1980s underground scene, but made me want to know more. That may be the highest purpose for any critic, or at least one of them: he inspires you to learn, makes you want to, points the way to one great experience after another. Azerrad profiles 12 significant bands, and I think in just about every case he caused to beg, borrow, steal or download recordings — sometimes quite a lot. My listening life most certainly would have been the same without him.