Each day leading up to the March 8 announcement of the 2011 NBCC award winners, Critical Mass highlights one of the thirty finalists. Today, in #15 of our series, a nonfiction finalist, John Jeremiah Sullivan's Pulphead (Farrar, Straus & Giroux), reviewed here by NBCC board member Oscar Villalon. 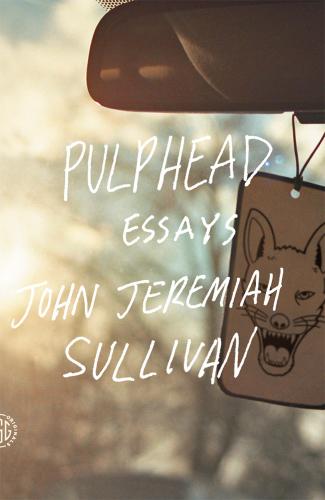 When the Fall 2010 issue of the Paris Review came out, the first issue under editor Lorin Stein, there ran an essay titled “Mr. Lytle” by the journal’s Southern Editor, John Jeremiah Sullivan. A piece on the relationship between the college-aged Sullivan and Andrew Lytle, an elderly, refined, and erudite man – the last living connection to Robert Penn Warren, John Crowe Ransom and to his other long dead fellow Agrarians – the essay is a sensitive, subtle work of nonfiction. The South, literature, history, regrets, family, youth, desire and death are all explored in an unassuming way. It’s a personal essay that’s about much more than Sullivan’s private history. And the voice! Humorous, modest, deeply informed and bulls-eye observant. Could there be more? There was. In the Spring 2011 issue, there was an essay on the gargantuan network of mostly unknown caves in Kentucky, and the early people who lived and worshipped in them and the modern people who’ve made a living exploiting them. “Unnamed Caves,” though, just like “Mr. Lytle,” was about more than just that. (Read it, you’ll see.) And there was the voice again!

Could there be more? There was. There had been, for a while, actually.

“Pulphead: Essays” collects 14 pieces by Sullivan: his work from the Paris Review as well as nonfiction that appeared in Harper’s Magazine and Oxford American (you could be faulted for missing those), and in GQ (not faulted as much, maybe). In the collection, he exhibits a winning trait: he can write about the amusing seriously, and the serious amusingly. Though with Sullivan, it’s also about approaching with respect and curiosity varied topics, not just those awesome caves or the last splendid member of a generation, subjects inherently worthy of deference and investigation. But cheesy TV shows, too. And celebrities like Axl Rose. (“Still, enough Wanted on Warrant reports exist for Axl’s Indiana years,” he reports, “to lend credence to the claim that the city cops and country troopers pretty much felt justified, and technically speaking were justified, in picking him up and hassling him whenever they spotted him out. One doubts he left the house much that they didn’t spot him, what with the long, fine, flowing red hair. Not always fun to be Axl.”)

That approach is what makes pieces such as “Upon This Rock” and “American Grotesque,” examinations of a giant Christian rock festival and the Tea Party movement, disarming, even salutary. It’s good to be reminded how complex Red State America – how America, period — is. It’s even better to see the human, what we hold in common. (A love for making music and smoking pot, as it turns out, makes for a significant stretch of shared space. In fact, “Pulphead” might be the best book in years without “pot” or “music” in its subtitle to make plainly evident that a lot of Americans – of all kinds – cherish their tunes and their weed.)

You come away from reading “Pulphead” with a hunger for more. You want that intelligence known on the page as John Jeremiah Sullivan to tackle other subjects, to illuminate them as he can uniquely do. Again, it’s that voice. It’s like hearing “Appetite for Destruction” the first time, or “The Harder They Come” (“The Last of the Wailers”) or “Off the Wall” (“Michael”). You wonder, where has this been all this time?