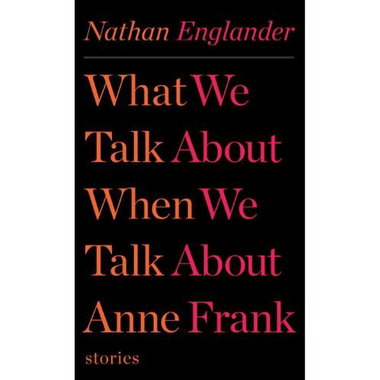 Adam Kirsch reviews Nathan Englander’s story collection What We Talk About When We Talk About Anne Frank at Tablet; Parul Sehgal reviews the book for NPR.org.

David L. Ulin reviews John D’Agata and Jim Fingal’s The Lifespan of a Fact for the Los Angeles Times.

Philip Belcher reviews Floyd Collins’ What Harvest: Poems on the Seige & Battle of the Alamo for Shenandoah.

Rigoberto Gonzalez’s “La Pelona as Birdwoman” was featured on the Academy of American Poets’ Poem-a-Day series.

Jane Ciabattari interviews Richard Mason, author of the novel History of a Pleasure Seeker, for the Daily Beast.