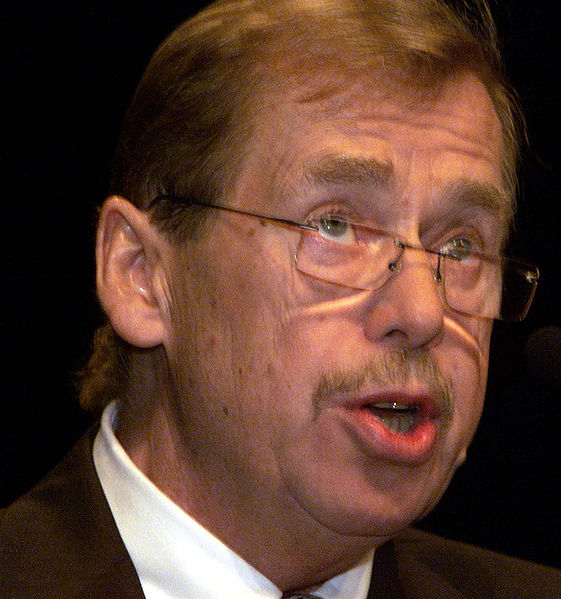 Vaclav Havel, the dissident playwright, writer, poet, and critic who became Czechoslovakia's first democratically elected president after leading the 1989 “Velvet Revolution” which took place in December in Prague exactly 23 years ago, died on Sunday in northern Bohemia. He was 75.

Havel's most important essay was “The Power of the Powerless,” published in 1978. Without debate, the essay is credited with influencing reformers across the globe for decades, from the anti-Communist activists in Eastern Europe that tore down the Soviet Iron Curtain in the 1980s and 1990s to the advocates of revolutionary change witnessed earlier this year in Tunisia, Egypt, Lybia, Syria, and beyond. In the essay, Havel mocks totalitarianism and characterizes the term, “dissident,” as a diminutive used for political convenience by authoritarian, despotic, and undemocratic authorities against free speech and free thought.

As a suppressed and imprisoned writer and critic, Havel, once he was elected to high office, came to personify the ideal of the humanist politician and statesman. He negotiated the removal of over 70,000 Soviet troops from Czechoslovakia. He led the peaceful dissolution of Czeckoslovakia into two states — Slovakia and the Czech Republic. And he lent his moral standing on behalf of freedom, freedom of expression, and democracy throughout the world, putting him on a par with the great moral leaders of the 20th century, including Mahatma Gandhi, Martin Luther King, Jr., and Nelson Mandala. “The salvation of this human world lies nowhere else than in the human heart, in the human power to reflect, in human meekness and in human responsibility,” he said before a Joint Session of the United States Congress in 1990.

Havel was in and out of prisons and dodged the secret police and the banning of his plays for decades during Communist rule in Czeckoslovakia. He served as president of his country for 14 years. Reactions to his death by world leaders, including President Barack Obama, can be found here; obituaries from throughout the world can be found here; video of Havel's speeches can be found here.

Well-known quotations by Havel can be found here, including:

“A specter is haunting Eastern Europe: the specter of what in the West is called “dissent.” This specter has not appeared about of thin air. It is a natural and inevitable consequence of the present historical phase of the system. It is haunting. It was born at a time when this system, for a thousand reasons, can no longer base itself on the unadulterated, brutal, and arbitrary application of power, eliminating all expressions of nonconformity.” from“The Power and the Powerless”

“I think theater should always be somewhat suspect.”

“The tragedy of modern man is not that he knows less and less about the meaning of his own life, but that it bothers him less and less.”