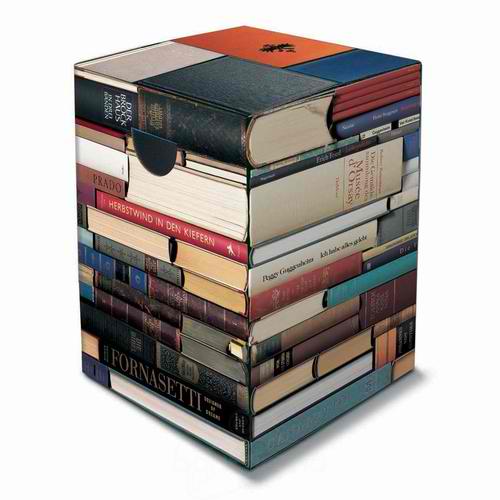 Notables, notables, notables. The end-of-the-year lists are out causing heartbreak, consternation, confusion and outrage for some, including for this book critic who cringes when these lists of titles exclude any small, independent or university press selections. Fortunately, travesties like the dismissal of small press books also encourage dialogue and debate, and the creation of alternative lists, like this annual tradition here on Critical Mass. The following are this year’s highlights–twelve noteworthy books that deserve to be added to your growing holiday lists:

Yakich is an award-winning poet–a designation that arouses suspicion when such a writer attempts a novel–but this book, written entirely in the second person, is a hard-won gem. Yakich shadows his unnamed narrator, a recent widower with a toddler, as he loses himself in memory, nostalgia and fantasy as a way of coping with his wife’s untimely death. The quirky characterizations and comic exchanges keep the narrative (and this unlikely hero) from plummeting into depression.

This is a jaw-dropping debut (which was recently awarded the Center for Fiction First Novel Prize) about David Lamb, a man who attempts to redeem himself by “saving” a troubled young girl. What begins as a well-meaning gesture eventually unfolds into a disconcerting narrative about an inappropriate friendship. Nadzam’s ability to capture such a troubled character who becomes less and less appealing (and more complex) is admirable.

“The body doesn’t know religion but begins its every motion as a god,” writes Simmonds in this fearless and daring exploration of desire. The speaker inhabits the American South and Asia, the black body, the male body, the queer body, to explore the politics (and fetishes) of Otherness and objectification–a man of color gazing at other men of color, erasing the white lover from the equation of same-sex attraction. Stunning poems abound, such as “The Man without Eyes in Kuala Lumpur”: “If I make it into heaven/ you’ll be most familiar/ Our bodies will have been left/    you   with less/ to leave.”

This incredibly rich and enlightening book about one woman’s journey into motherhood is a clear example of the successful merging of memoir and scientific study. Harper writes with honesty about her own anxieties and uncertainties as she educates herself (and the reader) on the biological facts about the ultimate miracle of life. She remains centered, however, with frequent moments of self-awareness and grace:  “I was just another pregnant woman. Which was probably the most remarkable thing of all.”

The title is the Haitian Creole name for Haiti and in this brief but powerful collection of stories (most no longer than three pages), Haitians navigate their beleaguered homeland or their adopted country (the U.S.) as immigrants, refugees, and undocumented bordercrossers pining for their loved ones left “kneeling in a bed of sand and bones” in one of the world’s poorest nations. Gay doesn’t shy away from critique, showing how Haiti’s misfortunes appeal to the exploitative foreign media and well-meaning though condescending outsiders: “Then the world intruded. It always does.”

This ground-breaking collection gathers voices “descending from antediluvian inhabitants of the Western Hemisphere” to showcase the modern preoccupations (and influences) of contemporary indigenous poetry. Hedge Coke reaches as far north as Alaska and as far south as Chile, shaping a cliché-shattering body of literature written in English, Spanish and a range of indigenous languages. From Marcie R. Rendon (White Earth Anishinabe): “Rock and roll beats/ Juxtaposed on jingle dress songs…Sugar Ray shuffle/ Muhammad Ali…My medicine dance/ Was a warrior dance.”

An intense coming-out journey set in the Bronx, this debut novel is refreshingly open about a young man’s encounters with sex and homophobia. Though a community does shape a life, Rice-González posits, its shortcomings don’t necessarily corrupt a future. As Chulito travels beyond his neighborhood to find himself, he learns to value the familiar yet troubled stomping grounds he’s unable to abandon.

“I should warn you, every guitar has its ghosts,/ and they’ll ask you whom you love and how much,” Rosal writes, using a phrase that’s just as fitting of a statement about his powerful poetry. Indeed, this third collection benefits from the linguistic energy and sharp imagery that has made Rosal such a popular reader, but it also delivers the maturity and sensitivity of a poet who has shaped a more sophisticated view of the world and his place within it: “Lucy,// this morning I woke imagining/ that minor fraud of a man// who is your father, in exile,// and shamelessly loved.”

Certainly one of the most original and startling short story collections of the year. In most cases, Fried sets the tone from the get-go: “Last year, the people in charge of the picnic blew us up,” (from “Frost Mountain Picnic Massacre); “To begin with, I am a man,” (from “Life in the Harem”). Fried’s settings travel the globe and leap across timelines (including mythical ones, like the garden of Eden in the title story) with such dazzling skill that the reader simply surrenders to these highly-entertaining and thought-provoking stories.

“I think we can be damaged, and I think Steve’s life was already destroyed before he left high school,” concludes Vann in this gripping portrait of the Northern Illinois University shooter Steve Kazmierczak, who on Valentine’s Day in 2008 killed five people and wounded eighteen before turning the gun on himself. The story is told from a startling and disconcerting angle: from a man who struggled with his own demons as a wayward youth fascinated with guns. What results is a two-tiered narrative that narrows the distance between those who act out but don’t quite reach a breaking point, and those whose stew silently in their psychosis, undetected.

The compelling story of Vince’s return to the Philippines after thirteen years in Hawaii is delivered in a series of nonlinear dispatches: postcards, tourist tips, and flashes of Vince’s various cultural disconnections and humorous exchanges as Manila’s gay prodigal son. Vince’s eye-opening journey is deliberately woven into the chronicles of the country’s embattled history, creating a tension that mirrors Vince’s uneasy homecoming: “After all these years, the mother tongue that’s been silence by years of assimilation and school-enforced laws in waking up, waiting for him to transform a simple phrase into music.”