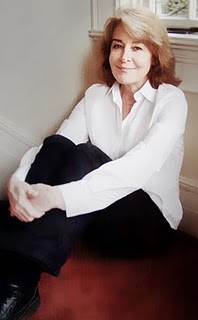 Valerie Trueblood, whose short story collection “Marry or Burn” has been shortlisted for the Frank O’Connor International Short Story Award, to be announced September 18:

My favorite is Stanley Elkin's “Mrs. Ted Bliss.” [Winner of the 1995 National Book Critics Circle award in fiction.]  Like Nathanael West, Elkin finds the awful comedy in loneliness.  No smile in Elkin's laughter.  Mrs. Ted Bliss is 82.  Her frozen existence in her condo and deepening involvement with drug-runners has that American madness that is Elkin's alone.  I can't think of a serious portrait of widowhood as heartrending as this comic masterpiece. 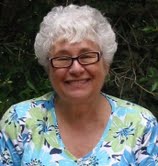 Many wonderful comic novels have already been cited, but I'd like to include “Floater,” the 1980 sendup of life as a worker bee at a weekly newsmagazine, by the inimitable Calvin Trillin. Trillin, as you all know, is a champion at droll, dry wit: the equivalent of sipping a really fine Champagne, brut of course. He had done time at Time, and “Floater” gives you the hilarious behind-the-scenes skinny at how such magazines are made. My personal journalistic experience tells me that not all that much has changed from the 1960s, in which the book is set. Those were the days when reporters in the field filed 20 page stories that writers/editors in the office condensed to 80-line articles, leaving the reporter to wonder: “Did I write that?” “Floater' is sarcastic without being mean, funny without being labored and an insider's book that outsiders can appreciate. it's out of print, but do try to find a copy.