Critical Mass readers will know we are now in our fourth year of “NBCC Reads.” This survey allows us to draw on the bookish expertise of our membership, along with former NBCC winners and finalists. This spring's question: What's your favorite comic novel? was inspired by this past year's awards in fiction– NBCC fiction award winner Jennifer Egan's at-times hilarious A Visit from the Goon Squad (which also won this year's Pulitzer and the Los Angeles Times book award in fiction) and Irish writer Paul Murray's darkly comic Skippy Dies, an NBCC fiction finalist. We heard from more than 100 of you (thanks!). We do not tabulate votes or rank the titles under discussion. Instead, we simply give an idea of the authors or particular titles that seem to be tickling out collective fancy. Here's the first of the series, and the most noted comic novel of the lot, Joseph Heller's Catch-22, first published in 1961. (We're including worthy second choices here, as well.) Today's favorite is Vladimir Nabokov–with three books getting attention. We'll be posting further responses and “Long Tail” entries in the weeks to come. 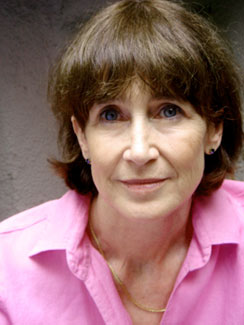 “Nabokov is more famous, of course, for his elegant, brutal, cynical and embittered works, like Lolita, and Laughter in the Dark. But in Pnin the writer's voice is humble, baffled and self-deprecating. Pnin is a Russian émigré, a professor at an upstate university. Confused by the new culture, aware of his lowly status, he blunders through his first season, helplessly committing social and professional solecisms in a way that delights the reader.”

Her second choice: Confessions of an Irish R.M. by Somerville and Ross. “Somerville and Ross write jointly in the voice of a 19th century Irish Resident Magistrate, which is a sort of countryside judge. Their man is married, sensible, and a foxhunting regular. The Irish horse culture is rich and fertile one for comedy, and the authors know horses, and the people who ride them, very, very well. The observation is brilliant and the timing flawless. What makes the book even more interesting is the fact that Somerville and Ross were cohabiting maiden ladies, and, like their protagonist, regulars in the hunting field.”

“If we can look at the Comic Novel as more than frivolous entertainment (which the criteria of this NBCC Reads series suggests), then we have to consider a lot of great books.  If we think of the Comic Novel as literature, and not just another vessel for comedic entertainment, then a sad book with a lot of jokes (or a funny book with a lot of sadness) is not simply a comedic tragedy (or tragic-comedy, tragicomedy or dramedy).  It’s a novel.  And some of our truest, most successful literature combines the sad and funny.

“Before postmodernism, there were the great acts of digression, Don Quixote and Tristram Shandy; the Victorian satire of Thomas Hardy’s Jude the Obscure; deadpan modernism of Beckett’s Watt, and so much more.  These books defined what we call the Comic Novel because of their crucial blend of comedy and pathos.  They deny the inevitable (see Flann O’Brien’s The Poor Mouth: “far from us be the evil thing and may the bad spirit not regard me as a brother”), and make jokes where seriousness would be fatal.  They suggest truths that elude formal tragedy.

“As far as which one’s best, I haven’t read everything so I can only choose from my favorites, and I’d have to go with Nabokov's Pnin. The jokes work, and they could go on even longer, because the narrator feels for the bumbling Professor:

The elderly passenger sitting on the north-window side of that inexorably moving railway coach…[beginning] rather impressively with that great brown dome of his…but [ending] somewhat disappointingly, in a pair of spindly legs (now flannelled and crossed) and frail-looking, almost feminine feet.

“We feel for the guy too, even though the narrator has us laughing at him, not with him.  The empathy makes the ending’s sad revelation all that much more affecting.

“What about contemporary examples of the Comic Novel?  My favorites include Sam Lipsyte’s The Ask, Quim Monzo's The Enormity of the Tragedy, Ed Park’s Personal Days, and Gary Shteyngart's Super Sad True Love Story  (our criteria begins to be expressed even in the winning titles).  The genre, if we have to call it that, is alive and well.”

“I suspect the two novels I find funniest weren't intended that way by their authors. the first is Lolita; Humbert Humbert's descriptions of America–and, even more, the character of Lolita's ridiculous mother (played so wonderfully by Shelley Winters in the film)–have always made me laugh at loud.

“The second novel that comes to mind is Norman Rush's Mating. Is there a more drily hilarious–and touching–love affair than the one depicted here?”

“Pale Fire by Vladimir Nabokov is the funniest novel I know. For Nabokov, life isn’t so much a tale told by an idiot as it is a critical edition annotated by a delirious fool. This story of an epic poem and the mad critic who misinterprets it is several things: a great novel, a protracted literary riddle whose solution eludes most people who read it – and remains a matter of debate for others – and an extraordinary comic performance. You don’t have to grasp its final meaning to enjoy its delightful word play, multiple puns and riotous broad comedy, which starts on page one and rarely lets up. Nabokov offers the true measure of a literary comic genius: a novel that gets funnier (and smarter, and sadder) every time you read it.”