This is the third installment in the series “What Bolaño Read,” focusing on the reading habits of the author of 2666, which won this year's National Book Critics Circle award in fiction, written by former Shaman Drum Bookstore manager Tom McCartan. The series celebrates the publication of  Roberto Bolaño: The Last Interview & Other Conversations, with an introduction by former NBCC board member Marcela Valdes, which is just out from Melville House. 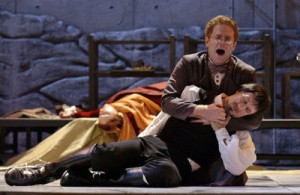 The rest is silence.

Roberto Bolaño is famously the author of two very long novels. The English edition of 2666 is 912 pages, The Savage Detectives, 672 pages. And though Bolaño died prematurely at age fifty, he produced more than 25 published volumes. A stash of unpublished manuscripts was discovered earlier this year. He was, simply, prolific.

But Bolaño was deeply interested in writers who chose not to produce or publish, as well as writers who were prematurely silenced. In an interview from 2005 in the Spanish literary journal Turia, Bolaño declared that “There are literary silences.” And he connected a number of his favorite authors to this notion.

“Kafka’s, for example, which is a silence that cannot be. When he asks that his papers be burned, Kafka is opting for silence, opting for a literary silence, all in a literary era. That is to say, he was completely moral. Kafka’s literature, aside from being the best work, the highest literary work of the 20th century, is of an extreme morality and of an extreme gentility, things that usually do not go together either.”

Another figure that Bolaño raised was Juan Rulfo, whose two books are among the most influential works of 20th century Mexican literature. After publishing the short story collection The Burning Plain (1953) and the novel Pedro Párama (1955), Rulfo (who lived from 1917 to 1986) stopped publishing narrative fiction, despite the enormous critical success of the books. Both Faulkner and García Márquez admitted to having been influenced by his prose.

Rulfo’s silence, according to Bolaño, “is obedient to something so quotidian that explaining it is a waste of time. There are several versions: One told by Monterroso is that Rulfo had an uncle so-and-so who told him stories and when Rulfo was asked why he didn’t write anymore, his answer was that his uncle so-and-so had died. And I believe it too…Rulfo stopped writing because he had already written everything he wanted to write and because he sees himself incapable of writing anything better, he simply stops… After desert, what the hell are you going to eat?”

In the Turia interview, Bolaño also touched on Rimbaud, who famously gave up poetry at 20 for a life of gun-running, saying “Rimbaud would probably have been able to write something much better, which is to say bringing his words up even higher, but his is a silence that raises questions for Westerners.”

And, finally, the silence of passing… perhaps the only kind to which Bolaño succumbed: “There [also] stands the silence of Georg Büchner for example. He died at 25 or 24 years of age, he leaves behind three or four stage plays, masterworks. One of them is Woyzeck, an absolute masterwork…What might have happened had Büchner not died; what kind of writer might he have been?”