Rolling on with the Long Tail series, we have suggestions from Ted Gioia, whose The Birth (and Death) of the Cool will be published in November, and from Jamie Brown. (You can read the earlier, omnibus post here. And a reminder: we asked respondents which work in translation had the deepest effect on their reading and writing.)

Ted Gioia: C.K. Scott Moncrieff’s translation of Proust has fallen out of favor in recent years.

Even its title Remembrance of Things Past, with its Shakespearean overtones, has been replaced by the bland In Search of Lost Time. Yet it would be hard for me to think of a literary work that has given me more sheer delight than this one, which I first discovered during my senior year in college. I pity the poor translator who has to tangle with those long Proustian sentences, where mountains of prose can loom as an almost insurmountable barrier between the subject and verb. Yet Scott Moncrieff never seems at all daunted. In fact, you can tell that he enjoys scaling these grand periods as much as the humble reader. In search of lost time? That sounds like someone complaining the morning after the clocks go back an hour. For me, this work will always be Remembrance of Things Past.

Jamie Brown: My Hungarian cousin gave me Bohumil Hrabal’s I Served the King of England, and said it was the funniest book in Hungarian (Magyar) he’d ever read (translated from the Czech, of course!). 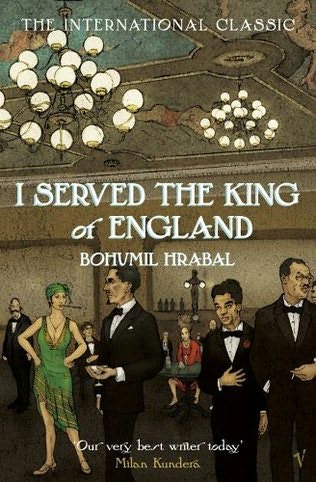 I suspect my cousin had read the Czech as well, and wanted to confirm his reading of the book. I read it traveling between Budapest and Athens as the train wound its way through the Balkans—and the Serb border police weren’t pleased to see my middle name, “Clinton,” on my passport.