For our next Long Tail entry, we’ve got suggestions from Art Taylor, a critic and professor at George Mason University, and Martha K. Baker, who writes about books for Episcopal Life and is also a film critic for KDHX radio in St. Louis.

Art Taylor: I don’t believe this exactly answers the question about a book that “captures the realities of American political culture,” but I still think it’s potentially interesting. In the spring 2008 semester, in the midst of the increasingly tense Democratic primary, my class at George Mason University read Margaret Maron’s 1992 novel Bootlegger’s Daughter, in which main character Deborah Knott (a white woman) is in a high-stakes run-off with Luther Parker (a black man) for a judgeship in Colleton County, N.C. One of our most interesting in-class discussions explored how the issues facing that fictional political race resonated, with eerie similarities, with what was playing out each day on the news with regards to the Clinton-Obama face-off. A decade and a half later, and it’s still—as our reading of this novel proved—the same old story when it comes to race and gender in the U.S. 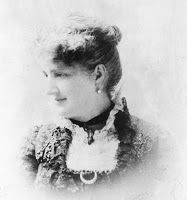 Martha K. Baker: My favorite take on politics in America comes from the voluminous novels of Marietta Holley, the so-called “female Mark Twain,” although I like to think of him as the male Marietta Holley. Holley’s main character in a dozen books is Mrs. Samantha Allen, a woman of vigor and vinegar, who was a suffragist (Holley was too shy, from being teased unmercifully by her brothers, to campaign for suffrage, even after a personal invitation from Susan B. Anthony).

Scholar Jane Curry, who performs a one-woman show as Mrs. Samantha Allen, has also collected the character’s stand on civil rights in Samantha Rastles the Woman Question, which I would recommend highly as a funny, ironic, 19th-c. vision/version of American politics in the war between the sexes. At one point, Samantha says to her anti-suffrage galoot of a husband, whom she really does love, “Look here so that I may wither you with my glance.”