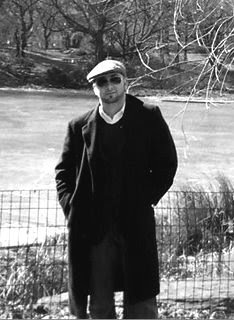 Craig Santos Perez is a native Chamorro from the Pacific Island of Guahan (Guam). He is the co-founder of Achiote Press and a doctoral student in Comparative Ethnic Studies at University of California, Berkeley. His first book of poems, from unincorporated territory [hacha], was recently published by Tinfish Press and is distributed by Small Press Books.

The phrase “unincorporated territory” refers to the current political status of my homeland under Unites States colonial rule. Currently, the U.S. military occupies about one-third of the island, and Guam remains one of sixteen non-self-governing territories left in the world, according to the United Nations.

The history of Guam, often submerged in the American consciousness, emerges momentarily in Robert Duncan’s “Uprising: Passages 25” (Bending the Bow, 1968). The poem begins:

Now Johnson would go up to join the great simulacra of men,
Hitler and Stalin, to work his fame
with planes roaring out from Guam over Asia,
All America become a sea of toiling men
stirrd at his will, which would be a bloated thing,
drawing from the underbelly of the nation
such blood and dreams

“Uprising” is one of the few poems in American poetry that mentions Guam. In the poem, unfortunately, “Guam” only manages to signify a strategically positioned U.S. military base (sometimes perversely referred to as the USS Guam). This “reduccion”—a term the Spanish used to name their efforts of subduing, converting, and gathering Chamorros through the establishment of missions—enacts the cultural, political, geographic, and linguistic “reduccion” that has accrued from three centuries of colonialism.

Throughout history, Guam has been occupied (and thus defined) by its “strategic position” in the Pacific: as a stopping port for the Spanish Galleon trade route between Acapulco and Manila; as a Spanish colony; as an unincorporated territory of the U.S. after the Spanish American war of 1898; as an important stepping stone for Japan’s imperial army when it invaded and occupied Guam during World War II; and as the “tip of America’s military spear in Asia” after the U.S. re-invaded and re-occupied the island towards the end of the war.  To this day, the U.S. continues their efforts to militarize Guam and plans to transfer 8,000 marines and their dependents from Okinawa to Guam.

From unincorporated territory [hacha] emerges from this history and presents the first book-length excerpt of a projected twelve-book project. This project aims to provides a strategic position for Guam to emerge from imperial “reduccion(s)” into further uprisings of meaning. Moreover, I hope “Guam” (the word itself) becomes a strategic site to resist what Whitman called the “deformed democracy” of America.

The poems in this work attempt to map and overlay personal, familial, cultural, historical, and linguistic memory. One of the longer poems, titled “ta(la)ya,” contours my grandfather’s stolen childhood during Japanese wartime occupation (he was taken out of high school to become a forced laborer). The title plays on two Chamorro words: “taya,” which means “nothing,” and “talaya,” which means “throw net.” The poem begins by describing how my grandfather was taught to make and use the talaya before the war. Listening to him talk-story about this part of his life made me think about the talaya in terms of poetry. Poetry became a way for me to cast my own net of words into the silence—and into my homeland’s silenced histories. My grandfather explained how different nets have different “eyes” (the size of the mesh); the poems in this work also have many ways of seeing, from sonnets to free verse, narrative to collage, prose to visual poems. As my grandfather said, “you have to learn the many ways of walking through the tides.”

From unincorporated territory [hacha] is composed of excerpts from seven different serial poems (totaling around 100 pages) that weave into each other. I based this design on the form of the trunkon nunu, or banyan tree, which grows on Guam. From the tree’s branches, new root systems (known as “aerial prop roots”) reach toward the ground, forming new trunks over time. I imagine each excerpted poem in this book as an “aerial root” grounded into the page and onto the reader’s hand. In turn, I imagine each book-length excerpt as one possible trunk composed of braided, aerial roots. To connect the entirety of the project, many of the poems that appear in this first book will continue in subsequent collections.

In the Chamorro belief system it’s said that taotaomonas (the spirits of my ancestors) protect the trunkon nunu and live in the spaces that the roots create. This project hopes to create de-territorialized spaces for their spirits and my voice to dwell.