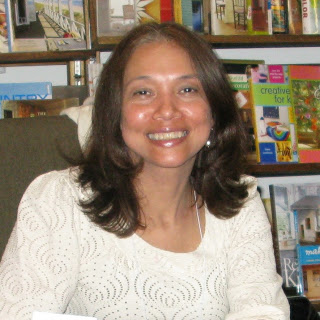 My Daughter’s Eyes and Other Stories, Curbstone Press.

Annecy Baez is the winner of the 2007 Curbstone Press Marmol Prize for First Latina Fiction. Her Recent fiction is anthologized in Viajeros del Rocio: 25 Narradores Dominicanos de la Diaspora (2008) and Riverine: An Anthology of Hudson Valley Writers (2008), Tertuliando/Hanging Out, and Callaloo. Baez was born in the Dominican Republic and raised in the Bronx. A psychotherapist by training, she holds a doctoral degree in clinical social work from New York University. Presently, she is the Director of the Counseling Center at Lehman College/CUNY.

A mini-essay on the subject of “Dominican Voices”:

As I write I can hear a chorus of bird songs from my window. The birds are chirping and telling their stories, a panoply of long whistling sounds, tremulous vibratos and wide-ranging notes.

This leads me to think of Dominican writers and poets, the diversity of their narratives and their influence on me as a writer. I am not a literary critic or an expert on Dominican literature and I don’t pretend to know the work of every Dominican writer on the island, in the United States or elsewhere. But as a Dominican writer and poet of modest accomplishments, and as one who loves writing and reading, I will offer what insights I can in the sincere hope that it inspires you, the reader, to conduct your own explorations into this colorful and diverse literary area.

I was raised in the South Bronx, Puerto Rico, and the Dominican Republic. My own love of Dominican literature springs from the diversity of my own early upbringing in my native Dominican Republic, and Puerto Rico. As a young girl, I remember reading the poetry of Soledad Alvarez, who began writing poetry as an adolescent. Her poetry often appeared in the Dominican newspapers. My interest in her contemporary work came after my immersion in more traditional and established literary voices, including Pedro Mir, Salome Urena Henriquez, Franklin Mieses Burgos and Aida Cartagena Portalatin. Political unrest in the Dominican Republic led to my family moving back to the Bronx, New York when I was fifteen, thereby diversifying my literary exposures and leading to the bi-cultural richness which is characteristic of Dominican American writers and poets.

Some years later, I found a community of female Dominican writers who shared their stories in monthly meetings. One of our most prolific Dominican literary critics, Daisy Coco de Filippis, now President of Naugatuck Valley Community College, hosted this Tertulia, or semi-formal workshop, at her home in Queens. When one thinks of Dominican American literary voices, the prolific Julia Alvarez, and Junot Diaz, recently awarded the Pulitzer Prize, naturally come to mind. But there are others of note, some of whom I came to know through the Tertulia, such as Nelly Rosario, author of Song of the Water Saints (Pantheon 2002; Vintage 2003); Angie Cruz, author of Let It Rain Coffee (Simon & Schuster, 2005) and Soledad (Simon & Schuster, 2001) and Loida Maritza Perez, author of Geographies of Home (Viking, 1999).

Through the Tertulia, I also met other admired poets like Marianela Medrano—now on her fourth book of poetry, Curada de Espantos (2002). Daisy introduced me to Silvio Torre-Saillant—now an Associate Professor and Director of the Latin American Studies Program at Syracuse University. The founder of the Dominican Studies Institute at City College, Silvio is very well known as a supporter and mentor to all Latino writer’s, and I am no exception. He organized and hosted forums, events, panel discussions where Dominican writers could develop their voices. In one of these events I heard Junot Diaz read from Drown, another turning point. Here was a 24 year old Dominican man writing about the contemporary experiences of a young man in a fresh and unique voice, and his writing voice was no different than the authentic, unapologetic man who stood before us on the podium. I felt his courage, and I drew confidence from it.

Another important Dominican website is Escritores Dominicanos is hosted by Franklin Gutierrez. Although the website is in Spanish and Gutierrez focuses mostly on Dominican writers in the Dominican Republic, and well known Dominican American writers like Julia Alvarez and Junot Diaz, he seems opened to adding lesser known writers to his site.

Finally there is Erika Martinez, a Fulbright scholar, who feels that Dominican writers are under-represented in literary discourse, particularly women whom she feels are lost to focus on male writers. Her forthcoming book, Voz: Dominican Women Writing, an anthology of prose and poetry by women in the Dominican Republic, and women of Dominican descent living in the United States, will give Dominican women a strong voice in the world of literature.

I hope that the information provided in this brief review will serve to expand your explorations into the beautiful world of Dominican literature.