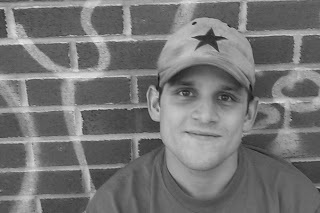 Stephen Cramer’s first book of poetry, Shiva’s Drum, was selected for the National Poetry Series in 2004. His second, Tongue & Groove, was published last year. He teaches poetry and writing at The University of Vermont, and lives with his wife, Joanna, in Burlington.

This mini-essay is an excerpt from Cramer’s manuscript, “A Curious Gladness: An Encounter with the Poetry of Stanley Kunitz”:

As a boy, Stanley Kunitz roamed the deep woods behind his house in Worcester, Massachusetts, exploring Indian trails and enacting the sometimes excruciating rites of childhood. One of his favorite pastimes was to shout words—preferably long ones like phantasmagoria or eleemosynary—because their sound among the rocks and trees gave him a strange thrill. In grade school, Kunitz was assigned a composition on George Washington. His paper began, George Washington was a tall, petite, handsome man. “Whether or not I suspected what ‘petite’ meant,” Kunitz says, “I found it too elegant to resist.”

Every artist has his own reasons for entering into the world of their craft. Annie Dillard describes an artist who turned to painting because he liked the smell of paint. I like the story of the man who learned to play the fiddle because he saw that those who could play an instrument got to sit closest to the fire. Kunitz began writing because the sounds of words excited him, a prerequisite for anyone who’s going to spend his life shaping them.

I was fourteen the afternoon I first encountered Kunitz. I caught a presentation called Dancing on the Edge of the Road on PBS. I remember it distinctly: the program opened with an old man walking down a street in Manhattan’s village. He wore a Greek fisherman’s hat from which escaped a few locks of wild, white hair. He looked kind of goofy, most definitely wary of the camera, his eyes wide and staring. What could this man possibly do for my life? I’m sure at one point I reached for the remote to turn it off.

Then he read a poem. Well, he didn’t so much read the poem as become inhabited by it. He stood before a packed & eager audience, hunched his right shoulder and slowed his speech to a few words per breath. It seemed as though he were considering each word, and the effort to produce them took a toll on his frame. It was an altogether physical exercise, one that would’ve been all but impossible to pull off sitting down.

What I remember most was a poem entitled “The Round.” The words and meanings, yes, but mostly I loved the sound of it, how incantory it was. As soon as he finished reading the poem, I wanted to hear it again. Already, standing there before the screen, I could only remember a few of the words. The rest were gone as soon as the program pressed on to an interview.

That week I felt a strange attachment that I hadn’t experienced before. At some point after first hearing the poem, I felt that I’d never hear that particular pattern of words again, and that fact actually frightened me. When I found that I could borrow the video from the local library, I was comforted—almost, I’d say, physically relieved—to watch him read the poem again. I rewound the video and watched it over and over. I mouthed the words with him. Then I spoke them out loud, with his particular accent and intonation. Gradually I memorized the poem. I realized—though I don’t know if I could’ve articulated it then—that there’s a certain intimacy in speaking poems aloud. It’s more than just vocalizing a poet’s sentiments, but a physical connection, the way you shape your mouth to their words, moving your muscles in same sequence as they once did.

I read, later, how Kunitz described the sensation: “When I’m reading Hopkins aloud, I feel I am actually occupying his selfhood and speaking out of it, not simply reciting the words, but somehow merging into his bloodstream and nervous system.” Many poets have commented that their response to poetry was first and foremost physical. Emily Dickinson writes “If I read a book and it makes my whole body so cold so no fire could ever warm me, I know that it’s poetry. If I feel physically as if the top of my head were taken off, I know that is poetry…” And A.E. Houseman: “Experience has taught me when I am shaving in the morning, to keep watch over my thoughts, because, if a line of poetry strays into my memory, my skin bristles so that the razor ceases to act.”

I had thought that poetry offered up unique descriptions, a host of golden daffodils, for instance. But I was discovering that the pleasure of a poem is much more than that. Yes, a large part was the description, the words painting pictures for us. But just as important were the sounds, the pleasure of consonants knocking against each other, the rhythm of alternating stresses. And thirdly, there was the actual feel of the poem in my mouth when I spoke it aloud. The poem, then, becomes very tactile, the opposite of how I’d always thought of the printed word. The miracle was that all three of these things occurred simultaneously; the visual, aural, and tactile experience occurred within the very same words.

That week, Kunitz’s words became a part of my musculature. The sounds affected me in the same way, I like to imagine, that the words had held sway over him as a youth. Though he was in his mid-eighties in the video, his excitement was enough that it wasn’t difficult to imagine the child in the woods, tossing six- and seven-syllabled bundles to the air, overwhelmed by the mysteries of his language’s sound.