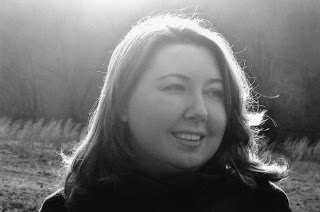 Incident at the Edge of Bayonet Woods, Sarabande Books, 2008.

Paula Bohince has received a “Discovery”/ The Nation Award, the Grolier Poetry Prize, residencies from the MacDowell Colony, and the Amy Clampitt Resident Fellowship. She holds an MFA from New York University and lives in Pennsylvania.

The opening poem is called “Prayer,” though this elegiac, sometimes wistful tone is invoked in many of the other pieces in the collection. This creates an interesting tension with the violence that also inhabits the pages. Like the lines in the final poem “Charity” declare: “for each gift one brutality/ for balance.” Given the intensity of the subject matter, how did you keep from slipping into outrage or melodrama when seeking out the poetry of the experience of grief?

I wrote these poems under the banners of bewilderment and wonderment.  I remember thinking so often that writing this book will be one of the strangest experiences of my life, and it has been.  Sinking into this world was hallucinatory.  I felt ultra awake, but also calm and empathetic.  I wasn’t afraid of grief anymore.  Simply put, it was a kind of escapism into the wiser writing self.  Like looking down on earth from the clouds, if that makes sense.  I think that writing these poems in that state is perhaps why rage didn’t surface in an acute way.

After my father died, I began writing the poems to make a place where we could live together: an afterlife for us.  You’ll see that ideas of heaven are present throughout the book, which wasn’t a conscious decision.  The universe of the book seemed rife with forgiveness and balance, even while recognizing violence.  The trials on earth were finished.  I found essential comfort by inhabiting this world and having some element of control over time and space and relationships in ways that I didn’t have in my non-writing life.

You use the acrostic to structure four of the poems, which seems like an appropriate form in a book that, poem by poem, eventually reveals a devastating narrative about a murder on a farm. Key to this revelation are the poems, “The Apostles” and the “Gospel” poems (according to Lucas, Paul and John—but not the Biblical John), which also contribute to this complex portrait of the hardedge exigencies of rural life and labor—it’s the “masculine beauty” addressed in the poem “Brutally, the Robin.” And yet, the speaker in most of the pieces is decidedly female. How did you negotiate gender in such a male-dominated landscape and language?

Where I grew up, the chasm between the world of women and the world of men seemed immense, and it was natural for me to try and reflect that divide in the book.  There is a true loneliness in the book that stems from inarticulateness.  Interactions between females and males—even the animals are assigned a gender, so I include them here as well—are thwarted by a kind of suffered silence.

This female speaker is especially awed by masculine beauty—of the robin in “Brutally, the Robin,” of one of the laborers, of the father—and the tension such beauty produces: this seemingly ornamental characteristic in the hard world of rural life.  I loved delving into this tension, as I loved writing the individual gospels of John, Lucas, and Paul.  These were among the last poems written for the book.  It was interesting to have breathing room from the dominant, and perhaps exhausted, female voice.  It was also a welcome challenge to write not only from differing male perspectives, but to undercut the daughter’s perspective with new and devastating knowledge.

Two of the most touching poems in Incident at the Edge of Bayonet Woods are “The Fatherless Room” and “Cleaning My Father’s House.” They’re an important emotional center placed (strategically?) one after the other in the middle of the book. They also gesture toward closure. Where does this speaker go after leaving Bayonet Woods? Where does the poet who has expended much energy on this particular narrative find her next muse?

Thank you very much for saying that those two poems are touching.  I agree that they seem to represent a “center” of the book.  I intentionally placed them one after another and in the book’s middle to have one wave of closure come before the book’s actual closing.  I really wanted some more space to explore the speaker’s emotional life after the facts of the father’s death had been cleared: an extended coda to the initial grief.

It’s interesting to imagine the speaker leaving Bayonet Woods.  The closing poem ends with her being stranded and dazzled, and, in many ways, I see her being suspended in time that way forever.  If I can imagine a narrative beyond this one, I really do see her living always on that homestead.

It’s been odd to approach a second project.  I’ve been consumed with Incident at the Edge of Bayonet Woods truly since the beginning of my serious writing life.  My new poems are circling around ideas of Appalachia and violence, cultural loneliness, and brideliness and decay in the natural world.