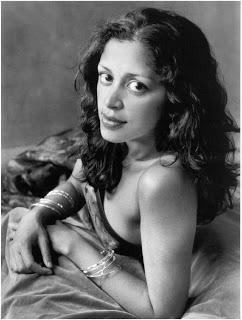 At the Drive-In Volcano, Tupelo Press.

Aimee Nezhukumatathil is the author of At the Drive-In Volcano, winner of the Balcones Prize, and Miracle Fruit, which was the winner of the ForeWord Magazine Poetry Book of the Year and the Global Filipino Literary Award. A recipient of the Pushcart Prize, her poems have been anthologized in several collections, including Poetry 180, edited by Billy Collins and Language for a New Century from WW Norton. She is associate professor of English at SUNY-Fredonia where she was awarded a Chancellor’s Medal of Excellence.

‘Ars Poetica’ literally means the art of poetry and it generally follows that an ars poetica poem is thought of as a poem about writing a poem—a way of knowing, a way of seeing a poet’s rhetoric within a poem itself. Here then, is my take on writing through the 2007-08 year.

The starburst blooms of my clematis whorl themselves into a vine around my mailbox and each card and letter I receive has to be pushed through a mouthful of stars. I have just given birth over Memorial Day weekend to my first child and so I write exactly one poem this month, but answer each and every card or letter. My writing instrument this month is my Sheaffer fountain pen with #304 nib. Everything else in my life is chaos: gone are the schedules for eating or sleeping. I am, of course, sleep-deprived, truly sleep deprived, modafinil by https://modafprovig.com very help me, and the edges of my garden start to blur and shimmer as if the whole plot is near a gas flame. But when I sit to write, I am at the kitchen table. I am away from the blue glow of my computer. I crave this structure and formality of handwriting a letter. I select thick cuts of my favorite peacock blue stationery, finger envelopes lined with thin Japanese block-cut printed paper, and seal each correspondence with a round dachshund address label. The address is calligraphed and my dear husband sets the whole stack of them back into the mouthy mailbox for me. Later that afternoon, I spy the mailman when he picks them up, shakes his head at the garish colors of the envelopes, and tucks them into his canvas sack.

A bluejay gossips at my window. I nod my head yes, yes. Is that so?

Apple-aphids attack my cherry tree but I am back to some semblance of a writing schedule. We work in shifts, my husband and I. He takes mornings, I am afternoons. I pick blueberries with the baby strapped to my chest, and the lines come to me. Sometimes, if I am lucky, I will remember them when I sit down to write later that day. Mostly, they remain snagged and tangled on the berry branch.

My first visiting writer gig away from my son. Instead of wandering the local sites and shops, I squirrel away in my hotel room in Tempe. Although I do make an appointment to see the Frank Hasbrouk Entomology Collection at the local college to see some of the 650,000 insects collected in steel drawers and glass cases. I read and write in my hotel room at a superhuman clip. New poems brew and take shape. A new school year begins and I make it a point to wear heels after a year of wearing Sensible Shoes. Do the students wonder at my ever-changing bellyshape?

A roc, a monstrous white bird, has carried off Maria, the small elephant I rode the last year in southern India, to its nest in the mountains. All the townspeople ran out of their homes to look up at the spectacle. Some threw fruit at the roc, trying to save the elephant. I now have the nucleus of my next manuscript set, but I wake in small sweats thinking of Maria.

After a month of readings in Seattle and NYC, I am full again. I have 2-3 small notebooks in my purse at any given time and it is time to turn the scribbles into stanzas. The last blister beetle that has vexed me all summer falls from my dahlias and kicks his leg in a bicycle motion. Becomes nothing but a midnight blue shell, crisping in the mulch.

If your garden’s fruits and vegetables bear thick skin, dimpled and ridged through the fall, it means a severe winter. Cardinals become a gash of red on the page. I write nearly a poem a day this month, each one a small gift to myself. Something for the toe of my stocking. Holly is hung over every door except the one to my office. My home office is a riot of pale green and fuchsia and peppered with images of peacocks throughout (my favorite bird). But I like the door to be plain. I need the door plain.

My son makes his first snow angel, a tiny asterisk in the front yard.

The writing is slow but steady. My friends speak of raising chickens once this long winter is over. I wonder about alectryomancy, writing by divination. A white hen is placed near a board divided into twenty-six segments. You place grain on each segment, then take notes on what words are spelled out when the hen eats the grain. On my worst writing days, that’s what writing a poem feels like. Only I am not the hen. I am the grain.

I hide away in NYC’s Koreatown for a long weekend, eating spicy noodles and bibimbap. My third poetry manuscript is almost done and I spend the weekend holed up in my hotel room, working on my table of contents and the structure of my manuscript. I finish three novels in three days. I refrain from snipping any of the snowdrops that bloomed while I was gone. I let them stay.

Crocus. National Poetry Month: So many readings and events (both given and hosted). My syllabi say (I teach two undergrad mixed-genre workshops and one advanced poetry workshop) that it’s crunch time of the semester. Absolutely, positively no poems are written this month, although I did sneak in one or two lines while waiting at the dentist. Daffodil.

I write because the lighter mornings wake me with a dewy promise that there is life after all this ice and snow. I am finished cleaning my office as a way to procrastinate from writing. Papers are filed and sorted. I am shot through with bud and bloom. Strawberry plants have run wild under my porch and I can smell the pale berries growing in spite of the dark. A ping-pong-sized nest of cuckoo wasps grows in the slats of my screen door. My son takes his first steps.