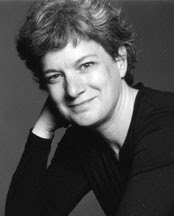 Elaine Sexton is also the author of Sleuth (New Issues Press, 2003).  Her recent poems and reviews appeared or are forthcoming in American Poetry Review, Art in America, the Massachusetts Review, Poetry, Poetry Daily, the Lambda Book Report, Hunger Mountain and Upstreet. She teaches at the Writing Institute at Sarah Lawrence College, works in magazine publishing, and lives in New York City.

E.B. White writes in his essay “Here is New York”: “Commuters give [the city] its tidal restlessness, natives give it solidity and continuity, but the settlers give it passion.” Your book seems to be populated by all three of these types of dwellers who, despite their different relationships to New York, are forced to navigate the same traumas and oppressions of the bustling metropolis. How does a poet find fresh perspective when writing about a place like New York City? How does a single person claim a city that belongs to everyone?

When I moved to the city in my early twenties a co-worker in my office, a “native” New Yorker, called me a “rube.” I was such a rube—I didn’t know what the word meant. I had to look it up. I can’t even remember the context, but I do remember the sting, and wanting to fit in, to not be a country bumpkin. As a “settler” here,  I’m not sure I’d say I lay claim to the city, as you put it, but it does have a hold on me. I think the only way to keep a fresh perspective is to retain, or cultivate, if that’s possible, curiosity. To stay a rube in a way, and try not to become cynical, or jaded. New Yorkers can be so, oddly, provincial. So maybe by getting out of town frequently…we bring something fresh back to the city, some of that “tidal restlessness” White refers to.

E.B.White, by the way, was a hero of mine growing up in New Hampshire, it’s interesting you’d mention him. He lived in Manhattan and commuted to and from rural Maine before settling there. As a teenager, when I imagined myself a writer, it was always in New York and I think reading his prose gave me a lasting impression and an appreciation for what it might be like to live here. His essays and poems appeared in The New Yorker, a magazine I started to read in high school when a writing teacher asked the class to critique cartoons published there. No one in my family, at the time, read that magazine, but exploring and examining it exposed me to a culture other than the small beach town I grew up in. For years I carried a New Yorker cartoon in my wallet, an illustration of a very peculiar looking citizen of the city with (maybe) two heads and a one-word caption: denizen. Another word I had to look up.

The causeway is an important trope in the book: it’s the way in or out of a place, emotion, idea, or desire; it’s also a bridge between people, places, and communities. But the speaker usually stands at the midpoint, not because of indecisiveness, but rather because this in-between-ness is the moment of sharpest reflection, when the speaker “stews the past/ and makes a boil out of it.” Why this preoccupation with serious introspection in Causeway?

That middle ground you point to, between the self and society, the private and the public, is at the core of these poems. I’m fascinated by the contradictions that exist between the two, things not being what they seem, and how they come to light.

That idea of in between-ness being the moment of sharpest reflection, as you say, the idea of reflection itself did preoccupy me for a long while when I worked on a number of these poems.  Initially, I used a quote by the artist/illustrator Saul Steinberg as an epigraph to Causeway, a kind of talisman I later dropped.  In his notes he claimed the reflected experience to be sharper, more beautiful than the original experience. I read this observation as a challenge, something in it begged to be puzzled out. How and when was an experience better after it occurred rather than during? Of course, the instant you’ve experienced something it is a reflection of itself, and that’s all you have left of it. That, and what you make of it. So, writing about this is an attempt to suspend that state, to isolate it.

Reading that last bit of your question my first thought was: aren’t all poems the result of serious introspection? But you make me consider, or reconsider whether or not introspection, itself, is the subject of some of these poems.

Though awesome elements such as the ocean, the city, and death, inhabit this book, it’s the smaller creatures (birds, flowers, crustaceans, seashells) that move through the language as main protagonists, especially in the more personal poems. Why are these images/ symbols so important in this collection?

Some small or overlooked things seem to be a good starting point for a poem to anchor an idea…and sometimes they stay.  Like the piece of shell that sticks to the skin after a swim in “Recovered Blue.”  This cast off acts as a structure from which the sea has been taken. I think the particular words, expressions, creatures you refer to as my main protagonists, as with a bird in the house, for instance, or the telltale flag on a boat, or a caryatid, appeal to me because they seem especially charged, have some juice, a history of their own outside the context of how I use them. So, with luck, they offer the poem an extra spring.

Putting this collection together I was alarmed to see how often I used the actual word or the idea of debris, and had to go back and reconsider each one.  And cut a few out.  Stuff, discarded, broken, or otherwise…used…appeals to some basic frugality in me, something I grew up with. My mother raised a family of five children on her own. And though we weren’t exactly impoverished, she struggled to provide for us. She grew up during the depression and was way ahead of the popular movement to do so when she taught us to conserve, and recycle. And that impulse seems to have stuck with me.

When I began to review art a few years ago I was especially drawn to collage, mixed media, an art form that takes material used in one way and re-employs it, juxtaposes it with other stuff. This is how I see some of the poems in Causeway come together, casting what might be considered detritus, some residual of a thing, to make something else, something more out of it.