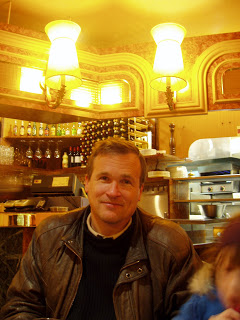 The following essay on Richard Price’s “Clockers” comes to us from novelist Scott Phillips. It concludes the NBCC’s In Retrospect series look at Price’s 1992 NBCC fiction finalist.

I was a devoted reader of Richard Price’s in my twenties, and if 1983’s The Break was a little more disjointed and messy than its predecessors, I barely noticed.  It had Price’s off-center humor, his tough east coast take on the world, and his rueful view of the war of the sexes. I expected the next one would be along in a couple or three years, bearing something similar.

The wait for that next book was so long, though, that a lot of people assumed he’d given up fiction for screenwriting. It was hard to blame him, if it was true. He was hugely successful at it, and the movies he wrote were generally good and sometimes great: “The Color of Money” (nominated for an Academy Award for Best Original Screenplay), “Mad Dog and Glory,” “Sea of Love,” a thoroughly American remake of “Night and the City” and “Ransom.” Those movies, deformed as movies inevitably must be from the writer’s original conception, nonetheless all contained within them the germ of something individual and recognizably Priceian, especially––always––in the dialogue. His movie characters spoke as beautifully as those in his novels.

Most people think screenwriting is all about dialogue, but so many other concerns come into play that the speeches in most movies end up being generic, merely pronounceable, with only slug lines to distinguish one character from another on the page. Being lousy at dialogue is no great handicap for a screenwriter, and being terrific at it no guarantee of success, but on those occasions when a Sturges or a Mamet or a Price manage to get their speeches onto the screen intact, audiences who may never so much as glance at the credits nonetheless hear and feel the difference.  And so Price became one of the very few screenwriters whose name in tiny letters at the bottom of a movie poster meant something, that rare writer whose credit was enough by itself to lure a certain kind of moviegoer into the theatre.

And then came word that he had a new book coming out, an amazing ten years after The Breaks. I approached the prospect with trepidation; a decade of screenwriting must have changed the novelist’s voice, and it was hard to imagine such a change being anything good.  (This may have been self-loathing on my part; I had recently given up on my fledgling career as a fiction writer for an unsuccessful stab at the movies, and it seemed to me my talent as a writer was falling into further decline with each EXT. DAY I typed.)

When Clockers finally did hit the bookstores in 1993 something integral had indeed changed in his fiction, but it was nothing like what I’d expected or feared. This book bore very little thematic or stylistic resemblance to either his early novels or to his movies, felt experienced rather than imagined and provided a window not into Price’s inner world but to a larger one outside.

Of the two point of view characters in the book, Rocco Klein, was closer to some of Price’s screen work; a middle-aged homicide detective working a shooting at a fast-food restaurant in Dempsy, New Jersey, Price’s stand-in for Jersey City.  The other is so much farther afield that he still retains the capacity to startle: Strike Dunham, the nineteen-year-old supervisor of a band of kids in a Dempsy housing project selling tiny amounts of bottled powder cocaine.  Any middle-aged white writer who attempts the point of view of a black teenager for more than a few pages risks being accused of minstrelsy or, worse, patronizing cluelessness, but the guilt-stricken, ulcer-ridden Strike is such a fully realized creation that spending half the book in his head becomes a pleasure.

All this is the product of years of research on Price’s part, both with the real clockers of the Jersey City projects and the homicide detectives who allowed him to ride along (the latter practice is quite common among crime writers, the former considerably less so).  Any writer, though, can do research and come up with nothing but details and jargon; Clockers feels lived through in a way few crime novels ever do.

Since then, in addition to numerous screenplays (including the screen adaptation of Clockers, coauthored with Spike Lee) and teleplays (including several outstanding episodes of The Wire, at least one of which incorporated small moments from Clockers), he’s written three more books set in Dempsy, with much the same feel and scope of Clockers (including the new Lush Life). Reading them I wonder what it was that really changed in those ten years after The Breaks. What seems truly different from the Price of the early books, what distinguishes Clockers and its successors, is not a mere improvement in craftsmanship after a long fallow period; it seems more the result of a greatly expanded ambition, a desire to tell someone else’s story, someone who doesn’t have any shot at getting it told except through Price’s voice

Scott Phillips is the author of The Ice Harvest, the Walkaway and Cottonwood.  He lives in the midwest with his wife and daughter and has just completed a fourth novel.