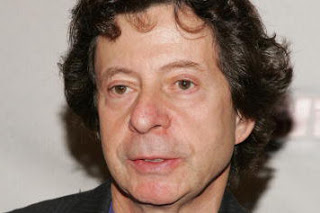 This week, the In Retrospect series is looking back at Richard Price’s 1992 fiction finalist, Clockers. What follows is the third and final part of a three part interview (parts 1 and 2 here), conducted on Sept. 6, 2007, at Price’s home in Manhattan’s Gramercy Park neighborhood, with NBCC member Mark Athitakis.

Q: You were approached by Tina Brown at the New Yorker to do some writing for them. Did anything ever come of that?

A: The only thing that came up, and it was kind of funny, was that Tina Brown and Chip McGrath were looking for a basketball writer. I don’t know shit about basketball. Maybe they thought I did because I write about cities so much, playgrounds and streets and stuff. But the only thing I know about basketball is that when my girls play for their high schools, I’m the lunatic parent. But that was it.

Q: When you finished Clockers, you wrote two more Dempsy novels. So clearly you hadn’t exhausted it.

A: The main reason I created the city was by default, because I couldn’t get access to New York. But the other reason was that I realized that I was writing about the generic America mid-size city, and I’d rather make up my own city than call it Jersey City becaue otherwise it’s like “Valley Of the Dolls”—who’s that? Is that Judy Garland? Where’s Waldo? You get caught up in guessing who’s who, and it’s a roman a clef. And I didn’t want to be journalistically beholden to Jersey City. Because I think what goes on at any city at that level is more or less interchangeable with what goes on in any other city.

For example: I’ve been writing for The Wire, and David Simon told me The Wire was based on Clockers. That was his starting point, and he took it way beyond that. But he finally asked me if I want to write with them, I was so intimidated by the nuance that he had in The Wire—I don’t know that shit. But I went down to Baltimore to spend some time on the streets, and I realized, “I know this stuff.” It travels. The difference is that there’ll be a different glossary in a different city. Boston’s topography has a lot of alleys, New York has no alleys. But the family dynamic is the family dynamic, the economic dynamic is the economic dynamic, the schools are the schools. It’s the same. Some cities are better run than others, but what’s true for New York is true for Baltimore is true for Oakland is true for Akron is true for East Saint Louis. It’s just a matter of degree of direness.

Q: How did you and David Simon meet?

A: We had the same editor, John Sterling, at Broadway Books—his book Homicide came out the same year Clockers came out. John Sterling brought him over to my house, and it was like the mother bringing over your cousins: “You boys should know each other!” That night was the night of the Rodney King verdict, and they were rioting everywhere, so our first play-date was to go to Jersey City to check out the riots. Me and David were there with Larry Mullane, the cop who was godfathering me through
Clockers. We looked at each other and we said, let’s go. He’s a police reporter and I’m obsessed with witnessing. That’s how we became friends.

Q: You weren’t one of the first writers on the show.

A: No, the show was on for two years before they asked me to write. And he made some passing overtures—“You should be on the show”—but honestly, when he made a serious offer, I didn’t think I could write with the depth or nuance he was doing on the show. Because he assumed that because I did this I knew an awful lot more. So, I thought, no—this show, journalistically and in terms of realpolitik, has gone so far beyond what I knew to do Clockers, I didn’t want to embarrass myself. “This guy wrote Clockers?” But it was so damn good, and I wanted to be part of it.

Writing for The Wire is different from writing from anything, even the other cable shows. First of all, David Simon is some kind of socialist, pinko, Red—he really believes in democracy. So what he did was collect people he liked and respected like Lehane and Pelecanos, and it was just this mutual admiration-respect society. Which is not to say he didn’t take tremendous liberties with everybody’s submissions, but every show creator will do that. They’re gonna look at what you wrote, whether it’s for Law & Order, Deadwood, whatever, and it’s not about how good it is. It’s about, “I gotta give this the identical tone to everything else. And I’ve discovered stuff about the upcoming episodes that is going to make this stuff irrelevant.” It’s what happens. David was the boss, but usually when you’re involved with these things there’s all this skullduggery and power games and behind-the-scenes this and that, and it’s tension—who’s fucking who, everybody’s going like this [looks out of the corners of his eyes] all the time. And with The Wire it was just a bunch of assholes in a treehouse. It was great, I loved it.

Q: You wrote the original script for Clockers.

A: I wrote the script for Scorsese and De Niro. Then Scorsese and De Niro decided to do Casino instead. I don’t think Scorsese was ever 100-percent committed to doing it. And he never made any bones about it. But that’s how directors work. You develop a number of projects, and you see which one’s gonna grow to be a prizewinner.

Q: Was there a reason he gave you?

A: No. For him I think Casino was speaking more to where his heart was. And I understood that, and knew it was coming for a while. It’s always buying a lottery ticket. Spike Lee was waiting in the wings because he was eager to get in. Universal called and said, “How do you feel about giving it to Spike Lee?” and I’m thinking, “Sure, why not, who else are they gonna give it to?” So I met with Spike, and we talked a couple of times and then he went off to write. He said, “I read your scripts, and with all due respect, I direct what I write.” So he went off and he did his version of Clockers. My first reaction to it was—I was freaked out. Because it was Spike Lee’s Clockers. But over time I got to really, really like it. It should’ve been his Clockers; it’s his film, he’s the author. Books are never more than source material. It took me a while to arrive at that, but he’s a great visual artist. I’m nuts-and-bolts and he’s all about flourishes and kabuki stuff and kinte cloth and close-ups and zooms and stylized acting, this and that. And I’m sawing wood, one page at a time. I like it now, but it took me a couple of years.

Q: You’ve called the ending of the movie to a NYNEX ad.

Q: But the spirit of Clockers is social realism, to be authentic…

A: I don’t think Spike was intimate with the world of Clockers. But I was a visitor too. There’s a tendency to think that the other is just one person, so if you’re a white person and you meet a black person they know all of the black experience. Why should they? Anymore than, because I’m a Jew, my opinion on Israel means anything more than anybody who knows shit about Israel. I don’t know shit about Israel—I’ve never been there.

Q: What do you think is Clockers’ legacy?

A: There are a lot of books about the urban world where Clockers will come up in the blurbs. “Not since Clockers….” Or something like that. The only thing I don’t like is that because I stay with writing about the cities, and use the police for access to a world that otherwise I would not be privy to, I don’t like crime books, and I don’t ever want to see my stuff in the crime section. I don’t want to be genre-ized. But at the same time, all I can write about is what I want to write about. I don’t want to write about the fall of the Spanish Armada just to show I can write about other things. The older you get, you don’t write in response to any criticism. Write what you want to write.

I don’t particularly like or dislike cops. I’m grateful for anybody who let me in to the life, but it’s not like I’m a cop buff or groupie or anything. I’m not—politically, certainly not. There was a thing where, there first time I went out with cops for Sea of Love, it was like staring at the ocean and all you see is the surface of the water and you think you know the ocean. Being with police is like putting a snorkel mask on: You stick your head in and, “Whoa! What the fuck? That’s been down there all this time?” And that just opened up access to the world that I thought I knew.

Q: It’s interesting that you describe your reaction in terms of surprise. Not shock, outrage, anger.

A: Anger at what? Injustice?

A: You know what it is? You get so involved at trying to capture some metaphorized version of the truth of what you’re seeing. You get so caught up in your own discovery of what you’re seeing, and your own thoughts about, “How do I communicate this?” You get so caught up in the act of bearing witness that….the outrage will take care of itself. And if you try to write with outrage, it’s not gonna be as good. It’s not gonna be as telling. You don’t want to nudge people and say, “You should think this.” You don’t want to manipulate people into saying, “Can you believe….?” Just be faithful, and all the outrage will be there.