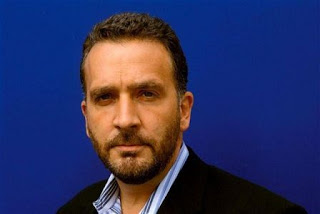 The following comment from award winning novelist George Pelecanos comes to us via NBCC member Mark Athitakis, who is curating the In Retrospect series look back at Richard Price’s 1992 NBCC fiction finalist “Clockers,” Stay tuned as Critical Mass will also post an in-depth interview with Price.

I had read some of Richard Price’s stuff before and liked it a lot. But I was unprepared for what I got with Clockers. It was really unlike anything else I’d read. The main difference is its understanding of the sociological aspect of crime. It had never been so explicitly a part of the crime novel as it was in Clockers. You knew that this guy went out there and did a tremendous amount of research, and it wasn’t book research. It was street time. And he understood how everything worked. It was novelistic journalism, without getting on a soapbox and saying, “Society has wronged these kids and that’s why they’re out there.” You got it without that, because of the depth of the reportage.

When I read the book it had coincided with a sort of personal radicalization that I had when I went down to Brazil to adopt my second son, Peter. We got stuck down there and I was basically living in Brazil for a while. Being an American and not very well-traveled, for the first time in my life I saw kids who were hungry on the street, eating out of Dumpsters, laying down because they were so tired. I also saw kids who would murder you if they could. They had it in their eyes. Because there was nothing to lose. When I came back I started looking at my own city and saw that this is the way it is for these kids too. The only difference is that we have welfare and everything is behind closed doors. It was Clockers that allowed me to go into that territory that made me feel that I could go that way, that I could write crime novels that were entertaining on one side of the equation but on the other side were about something else.

His books are a record of America at a certain time. David [Simon] and I have talked about this many times—we think that Clockers is The Grapes of Wrath of our generation. And I really feel that way. I think it’s as important a book. I was first on board [on The Wire] for a couple of years, and David said to me, do you think we can get Price? Because we both look up to him, specifically because of that book. The Corner and The Wire wouldn’t have happened without Clockers. He was doing a reading here in D.C. and we showed up, and that’s what kind of started the relationship. We sort of cornered him. We said to him, look, we’ve all written for the movies—we know what that’s about. This is gonna be different, because we’ve got a lot of freedom here. This is a novel for television. You’re writing a chapter in a book. David would never say to him, or to me,  “Whatever you write is gonna end up on screen.” But at least you’re going to have a chance to argue intelligently. We’re gonna sit in a room and hash it out. It’s not like you’re gonna turn in a script and then it’s gonna be unrecognizable by the time it hits the screen. And that’s real attractive because that doesn’t happen to you. Ever.

You can tell a Price script without his name on it. If I read the script, I know it’s Richard’s. And it’s mainly his humor. He has a very unique sense of humor, and he gets the voices. You didn’t have to tell him too much. He was very curious. Unlike some of the freelance writers we had occasionally, he came to Baltimore, he went out with the police. He was out on drug busts, on this, on that. He was really engaged, going to the boxing gyms, everything. He was doing it because this is a guy, like Simon—Simon spent a year out on the corner, and Price did the same thing in the projects, writing Clockers. He was interested to that degree—the research was a tremendous amount of time and commitment. So he was equally committed on the show. There were some people who didn’t want to go into the neighborhoods, and I don’t blame ‘em. But he was the first guy in line to get out there and see what was going on. And that’s why his writing was so good.

George Pelecanos is the author of fourteen crime novels set in and around Washington, D.C.: A Firing Offense, Nick’s Trip, Shoedog, Down By the River Where the Dead Men Go, The Big Blowdown, King Suckerman, The Sweet Forever, Shame the Devil, Right as Rain, Hell to Pay, Soul Circus, Hard Revolution, Drama City, and The Night Gardener.