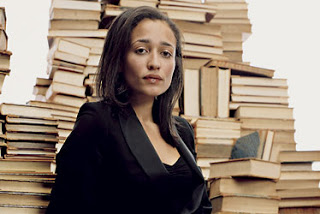 This year, as judge of the Willesden Herald Short Story Prize, author Zadie Smith, decided not to give out the generous £5,000 (approximately $10,000) award. A panel had selected a short list of ten stories for her to consider from 850 entries by unpublished writers. Smith felt that none of the ten were truly great, and therefore none should win. In explaining her decision, she made a statement on one of the Willesden Herald’s blogs that cut a wide swath, taking aim at publishers, chain bookstores, and literary awards themselves.

I disagree with Smith’s decision. If you offer a prize you should give it to the best candidate that you can find that year. If the 850 submissions weren’t good enough, extend the deadline and call for more. Do anything it takes to put this money into the hands of a writer. True greatness is very rare and expecting to find something that meets such a lofty standard every time out is unrealistic. Besides, who knows? Maybe the prize would have allowed a good writer to become a great writer.

On Feb. 27, at an event at the New School in New York City, The Story Prize will definitely name one of our three finalists — Tessa Hadley, Vincent Lam, or Jim Shepard — the winner. Recognition is important, but prize money helps, too. The $20,000 that we give to our winners may not be enough to allow those who have day jobs to quit them, but it can perhaps enable them to go off somewhere quiet to write, turn down teaching offers that would keep them from their desks, or forgo for-pay writing assignments that don’t speak to their passions. We hope it will also encourage them to keep writing short fiction, the form we aim to support.

Maybe our winner will turn out to be a book for the ages or maybe not, and the same goes for winners of other literary prizes such as the National Book Awards, the Pulitzer prize, and the National Book Critics Circle Awards. The fact is that it’s difficult to determine the lasting value of any literary work at the time it’s published. More to the point, not every year sees the publication of books or stories that will become part of the canon. And not every great work is recognized in its time. It’s quite possible that one or more of the books that none of the awards choose will turn out to be the most important one published in 2007.

The chief value of literary awards isn’t that they bestow the mantle of greatness on great writing but that they bring attention to literature and stimulate conversation. The long lists and short lists, finalists and winners are, in a sense, stand-ins for all of the deserving work published in a given category. If readers disagree with the choices, that’s fine because it shows they’re engaged with the process. Zadie Smith did bring a lot of attention to the Willesden Prize and to herself. The problem is that the focus of that attention should have been on giving out the prize and on the writer and story chosen as the winner.

—Larry Dark was series editor of the O. Henry Awards from 1997 to 2002 and since 2004 has served as the director of The Story Prize, which will announce its winner on Feb. 27.