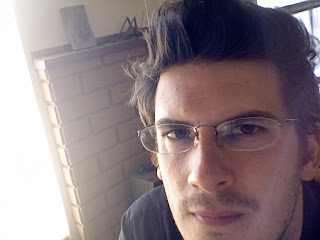 Last week a small gathering convened at a Sacramento Barnes & Noble to discuss what constitutes a good read, why people pick books up in the first place, and how word-of-mouth recommendations and book reviews do or don’t affect our reading habits.

Novelist Karen Joy Fowler, most recently the author of The Jane Austen Book Club, recalled growing up in a house full of books and healthy arguments about them. Fowler cited—and challenged—her father’s claim that literary worth should be determined by a book’s ability to hook readers within its first few pages. She and her dad had differed, she said, on Kenneth Grahame’s The Wind in the Willows, which Fowler still defends as a fine example of reader patience rewarded.

These days she argues with her son about which of her own characters she most resembles. He thinks it’s Chin, the Chinese railway worker from her debut novel Sarah Canary, because “he’s so put upon and always thinks he’s the smartest person in the room.”

Other arguments include an ongoing one about her forthcoming book Wit’s End, whose British publisher has suggested alternate titles Fowler isn’t at all sure about.

She confessed to having been nonplussed by reviews of her own books on occasion, but also said she’s found them constructive.

But don’t get the wrong idea. Karen Joy Fowler isn’t hard to get along with. Like her fiction, she seems quite companionable.

So’s UC Davis economic historian Gregory Clark, the author of A Farewell to Alms: A Brief Economic History of the World (a counter-intuitive examination of the industrial revolution), and the evening’s other featured guest.

On the subject of titles, Clark recalled a lesson from his publisher in sexing up. When fellow economic historian Kenneth Pomeranz had China, Europe and the Making of the Modern World Economy in mind for a title, the publisher wanted something catchier (perhaps if for no other reason than to appease Karen Joy Fowler’s father) and accordingly coined “The Great Divergence,” which has since become a brand-able buzzword among economists and journalists.

Though his own book’s title alludes to Hemingway, Clark admitted that he never reads fiction. (His wife does; their book-stacked bedside tables, he reported, might seem like a study in opposites.) But he considers himself an avid appreciator of well-crafted book reviews. Clark said he heeds book recommendations from a colleague who seems always to intuit his taste for quirky, well-told true tales—especially those elucidating human misery (and, one hopes, the transcendence thereof).

Clark also said he likes the feature on Amazon that allows shoppers to see what other shoppers have bought.

Fowler and Clark read and write for different reasons, but it wasn’t hard for them to find common ground. Both lamented the ongoing shrinkage of newspaper book review sections. And both acknowledged what most bibliophiles already know perfectly well: that there are too many interesting books in the world and never enough time to read them all.

Jonathan Kiefer is the arts & culture editor of the Sacramento News & Review and a contributor to the anthology A Leaky Tent Is a Piece of Paradise: 20 Young Writers on Finding a Place in the Natural World (Sierra Club Books). He has written about books for the San Francisco Chronicle, the New York Times Book Review, and Film Quarterly, among other publications. His book about the cinema of the San Francisco Bay Area is forthcoming from City Lights Books.