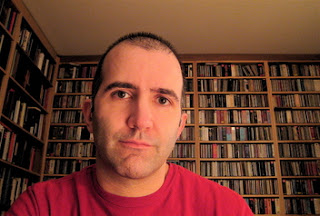 Carl Wilson’s Let’s Talk About Love: A Journey to the End of Taste (Continuum) is part of a paperback book series called 33 1/3, in which writers talk in depth about a pop album they admire. Wilson, a music critic for the Toronto Globe and Mail, boldly elects to write about an artist he thinks he can’t stand: Céline Dion. (Yes, the subtitle performs the brilliant feat of conflating two Célines into one.) It’s as much an essay in aesthetics as a description of music; indeed, relatively few of Wilson’s 161 pages are devoted to accounting for the contents of Dion’s 1997 album Let’s Talk About Love, the one with the Titanic song. Instead, Wilson wants to know why he, as a pop listener of intellectual bent, seems almost to have no choice but to detest Dion; why millions of listeners in a hundred or more countries around the world passionately embrace her; why Québécois tend to hear her rather differently than do Americans and Anglophone Canadians; why Pierre Bourdieu was only half right about the economics of cultural taste; why “schmaltz … is never purely escapist”; why it’s sometimes unaccountably overpowering. At the end of his investigations, Wilson hasn’t exactly turned into a Céline Dion fan, but his views of the pop diva have grown considerably more complex. I finished the book with the feeling that the mystery of music had deepened just a little more.
Alex Ross has been the music critic of The New Yorker since 1996. His first book, The Rest Is Noise: Listening to the Twentieth Century, a cultural history of music since 1900, was published in October 2007 by Farrar, Straus & Giroux and has been nominated for a National Book Critics Circle Award in criticism. In 2004 he started http://www.therestisnoise.com, a classical-music blog, which has audio samples related to the book. He now lives in Manhattan and is married to the actor and filmmaker Jonathan Lisecki.