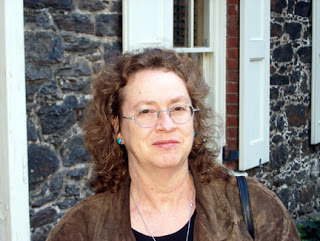 Panelists and audience looked over the NBCC’s Good Reads Winter List and the 2007 NBCC Awards Finalists list, available as a handout, Feb. 10 as they dialogued about recommended books. They created their own list as they discussed the Kansas City-Lawrence book scene. The panel consisted of NBCC members John Mark Eberhart, Kathleen Johnson, and Denise Low, and independent bookstore owner Pat Kehde.

The panel praised the NBCC lists for being driven by quality, noting that the best seller lists of the New York Times, Los Angeles Times, Washington Post, and Chicago Tribune are all driven by profit. The panel noted that 291,000 books are published every year, so these lists really are helpful for helping to sort them.

Eberhart, the books page editor of the Kansas City Star, liked the idea of recommended readings rather than books that should get awards. The panel agreed that many of the books on the finalist list were accomplished but less accessible to the general reader.

Independent bookstore veteran Kehde, who recently sold her store The Raven to another independent owner, described the New York Times bestseller list process (The Raven is a participating store) and noted that the Lawrence store’s best sellers more closely align with the San Francisco Chronicle list than that of the New York Times. In addition, books like A Pocket Full of Names by Joe Coomer (Graywolf 2007) and some local authors sell many more books than any individual book on the lists.

Books recommended by the panelists include: NBCC books People of the Book by Geraldine Brooks, Tree of Smoke by Denis Johnson (several votes), and The Shock Doctrine by Naomi Klein, as well as Voices by Arnaldur Indridason; Cheating at Canasta by William Trevor, National Anthem by Kevin Prufor, Flying at Night by Ted Kooser, The Farther Shore, Divisadero by Michael Ondaatje, River of Doubt by Candace Millard, Born on a Blue Day by Daniel Tammet, Ceremony by Leslie Marmon Silko, The Cloud Atlas by Liam Callanan, A Confederacy of Dunces by John Kennedy Toole, and the scroll edition of On the Road by Jack Kerouac.

The situation of the Midwest as distanced from coastal publishing centers was a topic of discussion, with appreciation to NBCC for attention to all the country and not just New York City. One person wondered if, to outsiders, there is no Midwest except for Huckabee?

However, the panelist noted, the rise of electronic media has implications for Midwestern critics. In the print model, Midwesterner book critics did not want to be seen as provincial, so they reviewed the New York Times bestseller books with some attention to local writers. But with web-based blogs and e-zines, the publishing industry no longer has such a clearly defined geographic location.