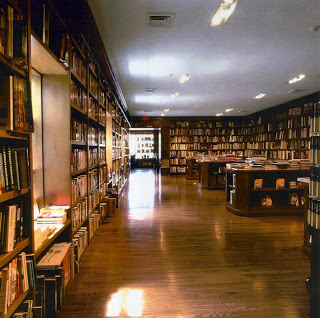 Brother, I’m Dying (memoir)
By Edwidge Danticat
Knopf
Edwidge Danticat’s direct writing style lends an intimacy and an honesty to Brother, I’m Dying. As instances of profound sorrow, joy and injustice intersect in her life, we discover the true dignity of her family. With turns of phrase that break your heart and open your mind, she shows us the uncle who raised her as a young girl in Haiti, the father who went to the United States to make a life for her, the politics of Haiti that both gave her people voice and took it away. And she shows us the unbreakable bonds among them all.
Debra Linn, Books & Books Book Club Coordinator

Origin – A Novel
by Diana Abu-Jaber
Norton
Diana Abu-Jaber continues to explore the theme of identity while tackling a brand new genre in a seamless transition into the world of the contemporary thriller. She brings her poetic sensibility with her and uses it to great advantage, building a mystery that is both electrifying and profound. Lena—the lonely fingerprint expert with an extraordinary gift of insight—is a character you will want to follow as she investigates a series of crib deaths that plunge her into a simultaneous inquiry of her own childhood. A moody, literary take on the genre, that is never predictable and surprising at every turn.
Cristina Nosti, Books & Books Events & Marketing Coordinator

The Pirate’s Daughter (novel)
By Margaret Cezair-Thompson
Unbridled Books
Readers who loved The Kite Runner or Snow Flower and the Secret Fan will adore The Pirate’s Daughter. It is a story of Errol Flynn in Jamaica, and his affair with 17-year-old Ida, who then gives birth to May out of wedlock. Their lives—set against the lush tastes and textures of Jamaica—include swashbuckling stories, Hollywood stars, hidden treasure, romance, and political unrest, but their beautiful mother-daughter story ultimately uncovers the true selves of Ida and May. The Pirate’s Daughter will captivate readers, who will find themselves in a paradise they may never want to leave.
Michael Karpus, Books & Books Bal Harbour Shops manager

The Absolutely True Diary of a Part-Time Indian
By Sherman Alexie
Little, Brown Books for Young Readers
With Sherman Alexie’s light touch and keen eye in his masterful YA debut, readers share in Junior’s struggle to resolve two disparate worlds—his home life as a Native American on the Rez and his school life as an outsider at the local all-white high school where the only other Indian is the school mascot. At a time when good YA books for male readers are few and far between, Alexie’s novel stands alone as a great choice that doesn’t compromise on depth or on literary merit. Young people, parents and booksellers can all feel confident reaching for this book, secure in the knowledge that it will be an absorbing and thoughtful read. Equally hilarious and heartbreaking, The Absolutely True Diary of a Part-Time Indian is a coming-of-age story that will stay with us for generations.
Emily D’Amour Pardo, Books & Books Children’s Events Coordinator

Books and Books has three locations in the Miami area and one in Grand Cayman.