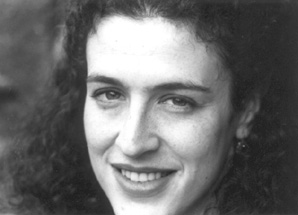 LAST week, the NBCC launched a Best Recommended List, drawn from the votes of our members and over a hundred former finalists and winners of our award. (For more on that go here). One of the voters was recent NBCC poetry finalist Daisy Fried. Here's what she had to say about her vote:

Language Poetry has a reputation for arcane difficulty, but the poetry of Ron Silliman, a leading Language poet, is alert to the world, full of reality and human experience, and written with the kind of easy precision that refreshes the ear. The Age of Huts (Compleat) brings together segments previously published separately. Each section attacks a different problem with a different technique. The overall ambition of the book to shift language and perception makes it feel like a grand modernist project in contemporary idiom — with a sense of fun.

Joshua Ferris' Then We Came to the End is written in the first person plural — and amazingly, it works. This is a book about work which is neither dirt-under-the-fingernails socialist realism or bratty-chick-lit-entitlement-novel-with-facile-happy-ending. Ferris writes with great satirical force about how we earn our money in the 21st Century, and, even more important, has enormous empathy for even his most annoying characters.

John J. Mearsheimer and Stephen M. Walt's The Israel Lobby and U.S. Foreign Policy is a book full of information which proposes that a group of people and organizations, not all of them Jewish, work for different reasons, more or less in unison, for interests that are not necessarily identical to those of the United States. It's been attacked as anti-Semitic by people whose arguments generally go like this: “There is no Jewish lobby. Why shouldn't there be a Jewish lobby? It's not that powerful. No one accuses all critics of Israel of anti-Semitism. The authors of The Israel Lobby are anti-Semitic.” An important book that ought to be intelligently discussed instead of emotionally, and sophistically, attacked.

Daisy Fried is the author of She Didn't Mean to Do It, winner of Agnes Lynch Starrett Poetry Prize. For her poetry, she has also received the Cohen Award from Ploughshares, a Pushcart Prize, and the Leeway Award for Excellence. Fried has been a Hodder Fellow at Princeton University and a Pew Fellow. Her most recent volume, My Brother is Getting Arrested Again, was a National Book Critics Circle Award finalist. She lives in Philadelphia.