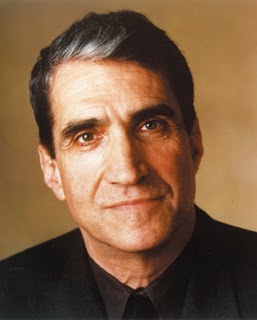 LAST WEEK, the NBCC launched a Best Recommended List, drawn from the votes of our members and over a hundred former finalists and winners of our award. (For more on that go here). One of the voters was also one of the winners: former U.S. poet laureate Robert Pinsky, whose “Gulf Music” wound up in a three-way tie for first in the poetry category. A two-time NBCC finalist in criticism (in 1988 for “Poetry and the World” and in 1998 for “The Sounds of Poetry“), Pinsky had this to say about his choice, Tom Sleigh's “Space Walk.”

In Tom Sleigh's Space Walk the characteristic poem “Oracle” portrays a man and a family and an era — all through its lucid account of an experimental rocket-launch, as beheld by an engineer and his two little sons on a family expedition to view (before breakfast) the focus of superhuman, violent energy: a spectacle that reflects the explosive and attentive nature of Sleigh's imagination.

–Robert Pinsky is the author of several books of poetry, including The Figured Wheel and Jersey Rain, and of the award-winning Inferno of Dante: A New Verse Translation. His most recent book of essays is Democracy, Culture and the Voice of Poetry. He was Poet Laureate of the United States from 1997 to 2000. Pinsky's many prizes include the William Carlos Williams Award, the Ambassador Book Award, the Lenore Marshall Poetry Prize, and the Academy of American Poets' Harold Morton Landon Translation Award. He is the poetry editor of Slate and teaches in the graduate creative writing program at Boston University.