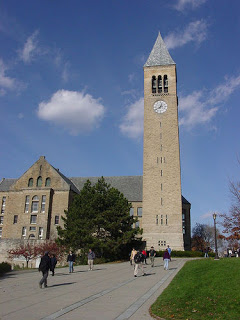 In spite of the cutbacks in many newspaper book sections, there have been a few creative gestures about how to handle books—some in the most unexpected places, Scott McLemee wrote in a recent column about a new piece the Austin-American Statesman has begun running about academic books.

“Roger Gathman’s “The Academic Presses” debuted on Sunday in The Austin American-Statesman with a discussion of Gregory Clark’s A Farewell to Alms: A Brief Economic History of the World (Princeton University Press) and James Simpson’s Burning to Read: English Fundamentalism and Its Reformation Opponents (Harvard University Press). Gathman has contributed to The American Scholar, The New York Observer, and Salon, among other publications. He has lived in Austin since doing graduate work in the philosophy department at the University of Texas in the 1980s; since then, aside from writing, he’s worked as a freelance editor and translator.

His inaugural piece was striking, not just for the kinds of books it covered, but for how it handled them. Academic publishing now includes a wide range of more or less popular nonfiction – not to mention cookbooks, or guides to state bicycle trails, or whatever else must be done to pay the bills. But Gathman took on two specialized (if controversial and widely discussed) works of scholarship; and he engaged with their arguments in as much depth as one humanly can, given the length restrictions of any newspaper other than the New York Review of Books.”

It would be a terrific thing if this type of column took off in other towns—Chapel Hill, New Haven, Providence, and Iowa City come to mind—where there’s a large audience of very intelligent readers who have become disengaged from the local paper. Iowa City, especially, could, and should have one of the best literary sections in the country if simply tapped into the hive of writers living nearby.