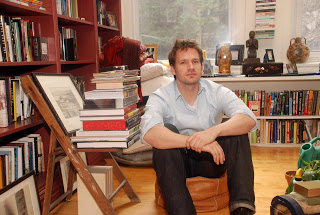 This week Publishers’ Weekly released its year-end kudos to publishing honchos, and gave a nod to tireless NBCC president John Freeman and the NBCC Campaign to Save Book Reviewing.  “As 2007 comes to a close, there are…five people whose efforts this year and, in two cases, over entire careers, have helped the industry keep pace with change through innovation, commitment and bright, necessary ideas,” the PW report begins. The section on “John Freeman and the NBCC” concludes,
“Freeman’s glass-half-full take is that since the events of last spring, non-newspaper organizations have stepped up. He commended Barnes & Noble’s online review, Bookforum and the New Yorker for increasing and improving their coverage. And the NBCC has sponsored panels aplenty on the increasingly large role bloggers are playing in bringing book reviews to the public. One more upshot to the crisis? Freeman says he now has informants throughout the industry. “Someone will forward something to me saying, ‘You better watch out for this.’”