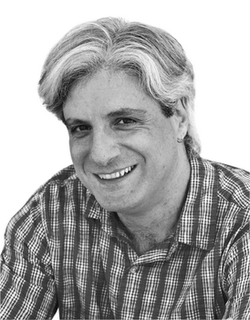 LAST week, the NBCC launched a Best Recommended List, drawn from the votes of our members and over a hundred former finalists and winners of our award. (For more on that scroll down to the list, or go here). One of the voters was David L. Ulin, former NBCC board member and current editor of the Los Angeles Times Book Review. Here's what he had to say about his vote:

I voted for Joan Acocella's “Twenty-Eight Artists and Two Saints” because I think it's a remarkable collection of criticism — criticism as essay, criticism as personal statement, criticism as literature. Yes, Acocella is an astute observer of both dance and literature — the two arts she primarily writes about — and her knowledge of, and engagement in, those subjects emerges on nearly every page. But even more important, what she gives us here is her own intellectual autobiography, hot-blooded, connected, profound. These essays are a testament to the idea that art matters, that it can transform us, that its true substance is in how it is received. As such, Acocella reminds us of why criticism remains essential — and not just any criticism, but criticism informed by a lifetime of experience, reflecting an aesthetic sensibility all its own.