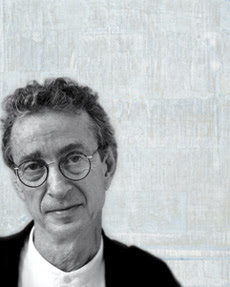 Twenty years ago last month,NBCC winner Edward Hirsch reviewed Williams' “Flesh and Blood” in the New York Times,along side Donald Justice's“The Sunset Maker,” which was also finalist for poetry in 1987.

That same year, the poetSherod Santos reviewed “Flesh and Blood” at length inParnassus, the magazine edited by former NBCC president Herbert Leibowitz. You can buy that piece here. Also worth reading: Leibowitz's editor's manifesto on that site.

C.K. Williams conducted a lengthy interview with Poetryfoundation.orgrecently, which you can read here. To read more about his life go here.

You can read one of Williams' more recent poems, “We,” here at Slate.(Where you can also hear him read it.)

C.K. Williams' “Collected Poems” was published in hardback two years ago, which is a great place to begin if you haven't read him. It was reviewed in the TBR by Dan Chiasson, abroad by a fellow named Alec Dinwoodie, and in the Boston Globe by Peter Campion.