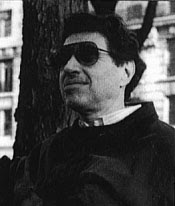 From Morris Dickstein's NBCC finalist,“Gates of Eden: American Culture in the Sixties.”

“The recurrent flurries of nostalgia for the 1950s — and the eerie feeling that, but for the economic crisis, we might already have become the 1950s — have not yet stimulated any deep interest in what actually happened then; I don't mean the names and dates but what life felt like to those who were there. As the sixties recede and go out of fashion, as month by month the atmosphere becomes more pinched and constricting, the fifties become the blank screen on which many project fantasies of an alternative, as the thirties were then to some who cared about alternatives.”