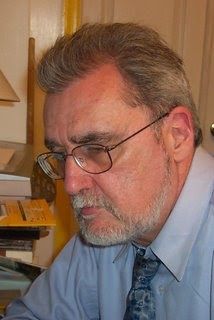 The month of June kicks off Reading the World. As part of this project, the NBCC has asked writers from around the globe to recommend a book from beyond these shores. We asked Frank Wilson, book editor of the Philadelphia Inquirer and host of the blog Books Inq what book (or which writer) he had to recommend. He said go get your hands on some Hash, specifically, Torgny Lindgren's “Hash”:

In 1947, after an investigation reveals that dispatches he has been sending from the north of Sweden are complete fabrications, a reporter is forbidden by the editor of the Stockholm paper that published them to ever write again. Unlike most reporters, he does what his editor tells him – until, some decades later, while in a nursing home, he learns that the editor has died. Freed of any further obligation to obey the deceased's order, our intrepid reporter again takes up his pen and resumes his story about a school teacher miraculaously cured of a virulent strain of TB and fugitive Nazi war criminal Martin Bormann driving around Sweden looking to discover who makes the best Swedish has (a kind of potted meat). As he writes, he shakes off the infirmities of age: his hair and teeth grow back, and he becomes younger with each passing day. Like all of Lindgren's parables, this one combines mordant humor with provocative insight. The members of the Swedish Academy should seriously consider giving their colleague the Nobel.