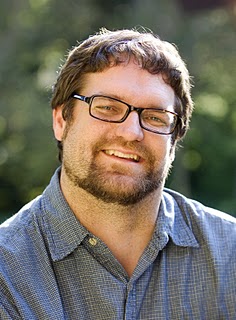 The month of June kicks off Reading the World. As part of this project, the NBCC has asked writers from around the globe to recommend a book from beyond these shores. We asked Troy Jollimore, winner of the 2006 National Book Critics Circle Award for poetry for “Tom Thomson in Purgatory,” what book (or which writer) he had to recommend. Here's what he said.

Any book by Irish poet Ciaran Carson is worth recommending, but I'll go with his most recent, Breaking News (Wake Forest University Press), a collection of stark, sometimes savage, and unforgettable poems about the experience of violence and war. For several years Carson deployed a very long line derived from C.K. Williams, but in Breaking News he seems most often to be channeling William Carlos Williams: the lines are extremely short, frequently jagged, and rhythmically animated. Some of the individual stanzas look like haiku, but they lack the contemplative calmness we tend to connect with haiku; they most often suggest isolated perceptions experienced in the midst of chaos, or images of horror obsessively re-imagined after the fact. Or perhaps they represent the shards and fragments of walls and windows destroyed by bullets and bombs. Carson's efficiency reaches its peak in the incredibly terse “Spin Cycle 2”: at ten words (including the title!), this poem surely has the highest punch-per-word ratio of any I have encountered.