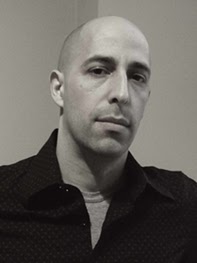 The month of June kicks off Reading the World. As part of this project, the NBCC has asked writers from around the globe to recommend a book from beyond these shores. We asked Wyatt Mason, winner of the 2005 Balakian Citation for Excellence in Reviewing, and contributor editor of Harper's Magazine, what book (or which writer) he had to recommend. Here's what he said.

“Very little damage, and a great deal of fun, can befall readers who explore the work of Spanish novelist Javier Marías—a writer one can read as much for plot as for prose. He's in his fifties, has written a dozen novels (and another twenty books of stories and essays), is published in thirty languages, and yet is almost unheard of here.

Luckily, much of his best work is available in fine English translations by Margaret Jull Costa and Esther Allen. I'd start with “Tomorrow in the Battle Think on Me,” a metaphysical thriller set in motion by an unpromising B-movie premise: in the book's first scene, a woman about to commit adultery dies in her almost-lover's arms before she can be unfaithful to her husband. By turns heady and funny, the novel follows the flight of her almost-lover as he attempts to come to terms with the extinction of this woman he barely knew. A terrific book by a writer who, as it happens, is mentioned as Spain's most likely future winner of a Nobel Prize for literature.”