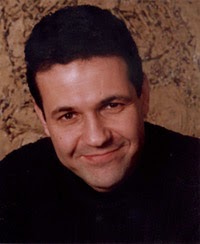 On May 22, Khaled Hosseini published his second novel, “A Thousand Splendid Suns,” the story of two women who grew up in different eras in Afghanistan and wind up married to the same man. This is an excerpt from a conversation which took place in Manhattan this week.

Q: It's astonishing the difference between the childhood of your two characters in “A Thousand Splendid Suns.” Mariam grows up poor, unschooled, with virtually no opportunities. Laila, who is born just a decade or so later, has school, friends, a boyfriend even. And then all that is taken away. There must be a whole generation of Afghan women who grew up with Laila's opportunities. What happened to them in the past two decades? Is there a huge sort of untapped human potential in Afghanistan?

A: Yeah, and it's a tremendous waste what the Taliban have done. Those urban professional women who had aspirations to achieve something, those were the women on whom the Taliban placed the greatest burden, the positions and the restrictions they placed upon them. Those were the women were most affected. The rural areas Taliban style oppression has been going on for centuries, but in the professional urban areas the women there truly suffered the most, because they were not accustomed to that at all. This was a very dramatic change in their lifestyle. And so you had essentially no production out of 50 percent of the population. And there is simply no hope for Afghanistan that follows that.

Q: Do you see any steps from the Karzai government that says to you they understand this is a serious issue?

A: You know, it depends where. In Kabul, things for women have improved. There are women in the parliament. Although I just read that the most outspoken member of the parliament was suspended. But we have women in parliament, women in the ministries, women back in the work force. But in the rural areas, there are places changes have not been able to reach. There's always been a divide between the countryside and Kabul, and the elders in the countryside have always treated the reforms of Kabul with contempt. But there are constant setbacks. There was a woman named Safia Ahmed Jan who was the head of the Ministry of Women's Affairs, very very active woman in human rights. She enrolled women in schools, she advocated the education of women. Last September, she was leaving her home in Kandahar, motorcycle pulls up, puts a bullet in her head, rides off. That's the kind of opposition they face. Build a school for girls? They burn it down. They threaten, intimidate teachers, kill them. Tell people if you send your girls to school we'll kill you. That's the difficulty they're facing.