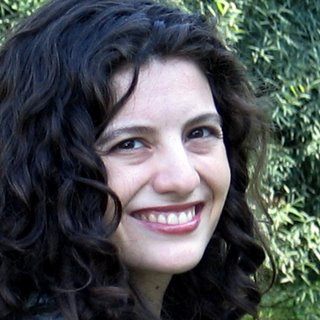 AS PART of an ongoing series, the NBCC will be talking to book editors and critics around the country. We recently caught up with NBCC board member Marcela Valdes, who writes the Book Notes column for “The Washington Post.”

Q: You wrote some several hundred unsigned reviews for Publisher's Weekly when you worked there. Can you explain the magazine's policy of anonymity, and are there any you would like to step forward to claim now?

A: There's always been a lot of debate over PW's policy of anonymity — for authors, I know, it's often frustrating not to be able to pin a name to a particular opinion. Personally, I think the policy is good since most PW reviews are heavily edited by the magazine's staff. These edits almost always make a review more fair-minded. The editors make sure, for example, that a novel by Daniel Steel is evaluated in comparison to other romance novels, and not in comparison to Curtis Sittenfeld. Adding bylines would make it difficult for editors to make those kinds of changes in good conscience, and the result would be harsher, less intelligent reviews.

What books did I review? By the time I left my full-time post to become a contributing editor, I was writing about everything from commercial fiction (Candace Bushnell's Lipstick Jungle) to cultural studies (Fernanda Eberstadt's Little Money Street) to political memoirs (Louis J. Freeh's My FBI) to art books (Jenny Saville). Some of my favorites were books I might never had read if I hadn't discovered them in the PW book room, like Mark Kurlansky's The Basque History of the World.

Q: North America is the third largest market in the world for books in Spanish. As a former book review editor at Criticas, I'm wondering if you can tell me how you think this is going to affect book pages in years to come.

A: That's a tough question. One of the things I learned at Criticas is that the U.S. market for Spanish-language books is really fractured. A large segment of it is made of librarians buying books for universities and public libraries. Generally, they prefer to buy classics or how-to books, volumes that are rarely covered on book pages. Another large segment is made up of Latino parents buying books for their children, also not the kind of book that book pages usually cover. And a smaller section is made up of readers like me, who prefer to read their fiction from Latin America untranslated, or by readers who want the latest political nonfiction book from their home country fast.

So the real mainstream effect, I think, it not going to come from Spanish-language books, per se, but from books that address issues that American Latinos are interested in. These books are now often published simultaneously in Spanish and English by imprints like Rayo, or near-simultaneously by imprints like Vintage Español.

Q: If you review a book that has been translated from Spanish, will you read the original and the translation? How do they often compare?

A: I can't think of a time that I was asked to review a book that was translated from Spanish, oddly enough. But there are books that I just can't read in English: like Don Quixote, say, or Julio Cortazar's Rayuela (a.k.a. Hopscotch). Translation is interpretation, as everyone knows, and when I've come to love a book in Spanish, I won't necessarily like how someone else interprets it. On the other hand, there are Spanish books that I've read first in English, like One Hundred Years of Solitude, which I was assigned in high school. Then I find myself being more open-minded. I read the book in Spanish but I have great admiration for Rabassa's translation. But yes, if I were to review a book translated from the Spanish, I'd feel compelled to review both the author's and the translator's work.

Q: Your latest job requires you to keep your ear to the ground even more. Where do your news tips come from?

A: One of the things that's great about working with Book World is that all of their editors keep their eyes open for good ideas, and when they see one that might work for the column, they'll tell Marie Arana, who's in charge of the section, and if she thinks it might work, she'll pass it along to me. Aside from that, I scan all the usual places: PW, the New York Times, GalleyCat, Critical Mass (of course), lots and lots of catalogs. But most of my ideas come from thinking, and from deciding purposefully to go against the grain. Like, when Philip Roth received the PEN award, I wondered whom else they chose to honor. And while so many people ran to the NYTBR's brilliant publicity stunt at BEA, I attended the African American Bookselling Professionals Conference and found a fascinating debate about the growing genre of street lit. The more I see people writing about a topic, the less I'm interested in touching it myself.

Q: For some reason, I feel like you write fiction. Does knowing all this about the industry ever feel like information overload? Does it ever make it hard to write because you see how much is out there?

A: I do write fiction–I even went through the bittersweet process of getting an M.F.A.–and I do find that my critical and journalistic work interfere with what I still consider my private writing. It's not so much the information overload. Knowing so much about the industry makes it easier in some ways because my expectations are more realistic, at least in terms of advance and readership and success. What's hard is to turn off the critical and analytical impulses that are crucial to my nonfiction work. When you're writing fiction, at least in the first draft, you need to be able to drive forward with the headlights off, as Updike said. I admire the writers I know for their ability to do that. It takes a kind of emotional courage, I think.

Q: He has also described it as snow slowly falling — that if you keep your head down a manuscript will accumulate all on its own. Whose work — critical or otherwise — holds you most in awe?

A: That's a wonderful metaphor, less terrifying than the one about the headlights. I'll have to remember it the next time I'm at my desk.

For better or worse, not too many people hold me in awe, but there are definitely works that I keep turning back to again and again. Slouching Towards Bethlehem, for one. And Adrian Nicole LeBlanc's Random Family. The Corrections. Mrs. Bridge and Mr. Bridge by Evan S. Connell. Seize the Day. The End of the Story by Lydia Davis. Some essays byWilliam Gass and Anthony Lane. Norwegian Wood. Infinite Jest. I could name a dozen more.

Looking over that list, I realize I prefer books to be either big and omnivorous or small and intense–so many mid-length books strike me as half done. And in criticism what I most admire is the ability to be both witty and incisive. Anthony Lane is always the first thing I turn to in the New Yorker because I know he'll make me laugh.