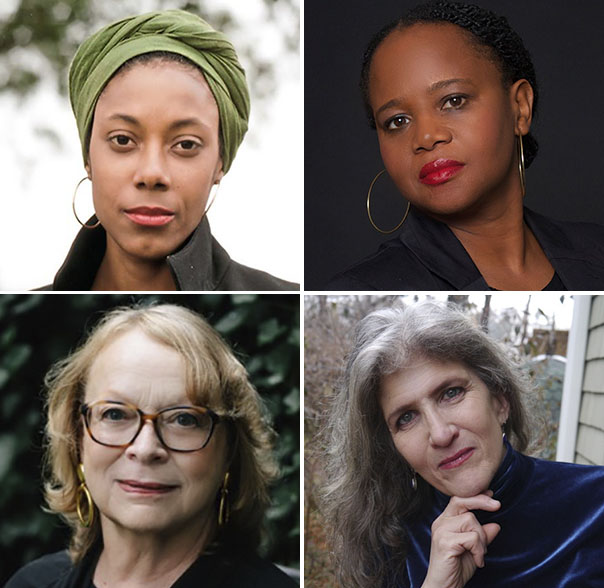 Two National Book Critics Circle award winning writers, Haitian-born Edwidge Danticat and New Orleanian native Sarah M. Broom, read from their work and engage in a conversation about finding home, their inspiration, research, evolving forms, the unique challenges of writing in these times, and the imaginative process that shapes their originality, what awards mean to writers. Consider this a double masterclass in the art of storytelling.

Sarah Broom is a writer whose work has appeared in the New Yorker, New York Times Magazine, Oxford American, and O Magazine, among others. She is the recipient of the National Book Award for Nonfiction and the John Leonard Prize for Best First Book for her memoir, The Yellow House. A native New Orleanian, she received her Master of Journalism from the University of California, Berkeley in 2004. She was awarded a Whiting Foundation Creative Nonfiction Grant in 2016 and was a finalist for the New York Foundation for the Arts Fellowship in Creative Nonfiction in 2011. She has also been awarded fellowships at Djerassi Resident Artists Program and The MacDowell Colony. She lives in Harlem.

Edwidge Danticat is the author of Breath, Eyes, Memory, an Oprah Book Club selection; Krik? Krak!, a National Book Award finalist; The Farming of Bones; The Dew Breaker; Create Dangerously; Claire of the Sea Light; the memoir Brother, I’m Dying, winner of the National Book Critics Circle Award for autobiography; and the story collection Everything Inside, which won the NBCC’s fiction award. She also is the winner of the 2018 Neustadt International Prize and the 2019 St. Louis Literary Award.

Jane Ciabattari is the National Book Critics Circle VP/Awards & Events (and a former National Book Critics Circle president), the author of the story collection Stealing the Fire, a regular contributor to BBC Culture and Lit Hub, and a member of the Writers Grotto. She serves on the advisory boards of The Story Prize, Bay Area Book Festival, and Lit Camp, and is a Pushcart Prize contributing editor.

A University of Baltimore professor, Marion Winik serves on the National Book Critics Circle Board. She is the author of The Big Book of the Dead, winner of the 2019 Towson Prize for Literature. Among her nine other books are New York Times Notable First Comes Love (1996) and Above Us Only Sky (2020). Her essays have been published in The New York Times Magazine, The Sun and elsewhere. A board member of the National Book Critics Circle, she reviews for People, Newsday, The Washington Post, Kirkus Reviews; she hosts The Weekly Reader podcast at WYPR.