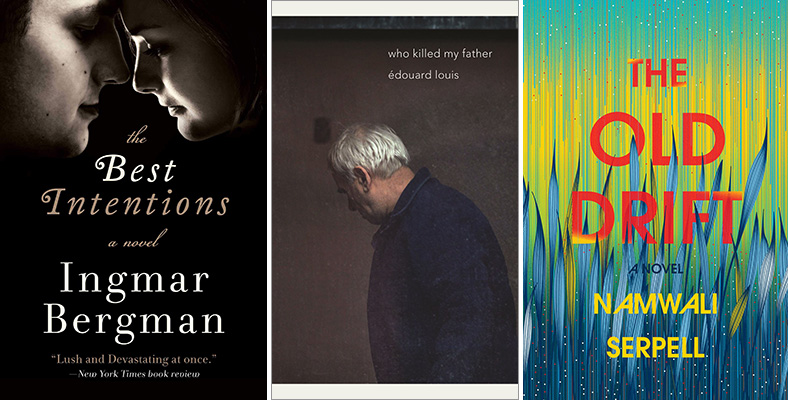 First, Some News About a New Way to Support the NBCC's Mission:

The National Book Critics Circle is thrilled to announce the creation of a new partnership category: Sustainers.

Founded at the Algonquin Hotel in 1974 to encourage a sense of community among book reviewers and honor each year’s best books, the NBCC has for many years offered membership exclusively to working critics, scholars, and students.

The Sustainer category has been designed to include a wider range of literary citizens in the NBCC’s activities, including editors, writers, publicists, agents, and readers.

At a tax-deductible annual cost of $250, this new tier serves two purposes:

Sustaining patrons do not have members’ voting rights, to avoid potential conflicts of interest, but have access to discounted tickets to NBCC events, including the annual awards after-party, and are honored by name in NBCC materials should they wish to be.

Perhaps most importantly, patrons in this new category are supporting the NBCC, a non-profit which has no endowment, no corporate partnerships, and holds just one annual fundraiser. At a difficult moment for books coverage, the NBCC hopes that support offered by members in the Sustainer category will be both an opportunity for a more formal alliance between critics and non-critics within the book world who have long been supportive of the NBCC’s mission, and a vital source of income.

We hope you will consider joining us!

On to Member News and Reviews…

NBCC autobiography and Balakian winner Daniel Mendelsohn published an essay on Ingmar Bergman’s novels in the April 18 issue of the New York Review of Books.

Heller McAlpin reviewed Claire Harman’s Murder by the Book for The Washington Post. She also reviewed Mary Norris’ Greek to Me and Nell Freudenberger’s Lost and Wanted for NPR.

Former board member and Balakian finalist David Biespiel offered an appreciation of W.S. Merwin at The Rumpus.

Speaking of translations, new member Bridget Quinn reviewed Karl Ove Knausgaard’s So Much Longing in So Little Space: The Art of Edvard Munch for Hyperallergic.

New NBCC member Michelle Ainsworth reviewed Bunk: The Rise of Hoaxes by Kevin Young and Hoax: A History of Deception by Ian Tattersall and Peter Nevraumont for Skeptic.

Tobias Carroll talked with Namwali Serpell about her new novel The Old Drift at Longreads and chatted with Duncan B. Barlow about his new novel A Dog Between Us for The Brooklyn Rail.

Matthew Jakubowski continues his ongoing series of experimental reviews with a review of Ksenia Buksha’s novel, Freedom Factory, for The Critical Flame.

Joe Peschel reviewed Ian Frisch's Magic is Dead: My Journey into the World's Most Secretive Society of Magicians in The Brooklyn Rail.

Grace Lichtenstein's review of the debut novel by Melissa Rivero, The Affairs of the Falcóns, is in the New York Journal of Books.

Pam Munter's review of Big Fella by Jane Leavy was up last week on Fourth and Sycamore.

Priscilla Gilman reviewed Amy Hempel's Sing To It for the Boston Globe.

Sarah McCraw Crow recently reviewed Lori Gottlieb’s Maybe You Should Talk to Someone for BookPage.

Edward Guiliano’s book Lewis Carroll: The Worlds of His Alices has a pub date of April 30.