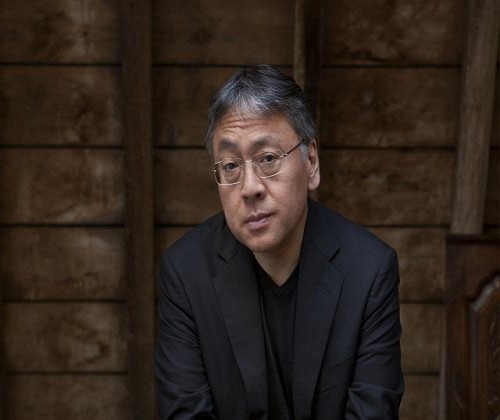 Reviews and other news:

The Nobel Prize in Literature goes to Kazuo Ishiguro, whose 2005 novel
Never Let Me Go” was an NBCC finalist in fiction.

NBCC board member and former president Tom Beer wrote about new books from Ta'Nehisi Coates, Dan Brown and Jeffrey Eugenides for Newsday and offers some insight into book reviewing for Lit Hub's new “Secrets of the Book Critics” series.

Former NBCC board member Steve Paul is the author of “Hemingway at Eighteen: The Pivotal Year That Launched an American Legend,” published in October by Chicago Review Press. In 2016 he retired from The Kansas City Star after a career of more than 40 years, including long stretches as book review editor and arts editor.

Katha Pollitt, who was honored with an NBCC award for “Antarctic Traveller,” writes about Hugh Hefner for her column in The Nation.

Clea Simon’s latest mystery, “World Enough,” will be published in the US by Severn House on Nov. 1. Kirkus Reviews called it “a fascinating reminiscence of sex, drugs, and rock and roll,” and Publishers Weekly called it “an intriguing series launch,” adding “readers with a taste for noir are sure to want to see more.”

Olga Zilberbourg reviewed “Knots” by Gunnhild Øyehaug, translated from Norwegian by Kari Dickson for The Common.

Hamilton Cain reviewed Nathan Englander's “Dinner at the Center of the Earth” in the October issue of O, the Oprah Magazine and reviewed Bolivian writer Rodrigo Hasbún's “Affections” for the New York Journal of Books.

David Nilsen interviewed Carmen Machado about her debut novel, “Her Body and Other Parties” for The Millions.

NBCC board member Anjali Enjeti writes about books for the Atlanta Journal Constitution, Rewire News, The Literary Hub, The Guardian, and elsewhere.