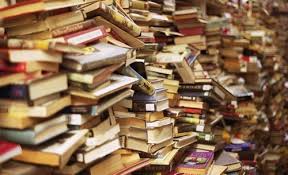 The national political scene dominates the headlines. Minneapolis Star Tribune books editor and NBCC board member Laurie Hertzel writes a column for the Minneapolis Star Tribune on 12  books to read in light of the inauguration of Donald Trump.  In another column, Hertzel also also considers internet troll Milo Yiannopoulos’s book deal, suggesting that if we kill the buzz maybe we can also kill the sales.  And she reviews Birds Art Life by Kyo Maclear for the Star Tribune.

And in other election news, for her LitHub column. VP Jane Ciabattari notes the results of the NBCC Board election, as well as establishment of the Emerging Critics Initiative, and recognizes books making news this week, including Molly Haskell's Spielberg biography, Emily Fridlund's first novel, and Roxane Gay's Dangerous Women.

For the latest installment of her Second Acts series, Lisa Russ Spaar pairs second books by Robert Pinsky and NBCC Board Member Tess Taylor, in the Los Angeles Review of Books.

For Asympote, Lori Feathers writes about some of her favorite reads as a fiction judge for the Best Translated Book Award, and for Asymptote's ” What’s New in Translation” series,  reviews The Old King in His Exile by Arno Geiger.  For Full-Stop, Feathers reviews Lucio Cardoso’s Chronicle of the Murdered House.

Editor-in-chief Adam Morgan interviews Chris Bohjalian about The Sleepwalker over at the Chicago Review of Books.

Rayyan Al-Shawaf reviews Love for Sale: Pop Music in America by David Hajdu for the Los Angeles Review of Books, reviews The Futures by Anna Pitoniak, for the Toronto Star.  and reviews Letters to a Young Muslim by Omar Saif Ghobash for Newsday.