Your reviews seed this roundup. Please send items, including news about recent publications and honors, to NBCCCritics@gmail.com. (Current members only.) Please send links that do not require a subscription or a username and password. Please follow this format: Jane Dow reviewed “The Tempest,” by William Shakespeare, for the New York Times. URL here. 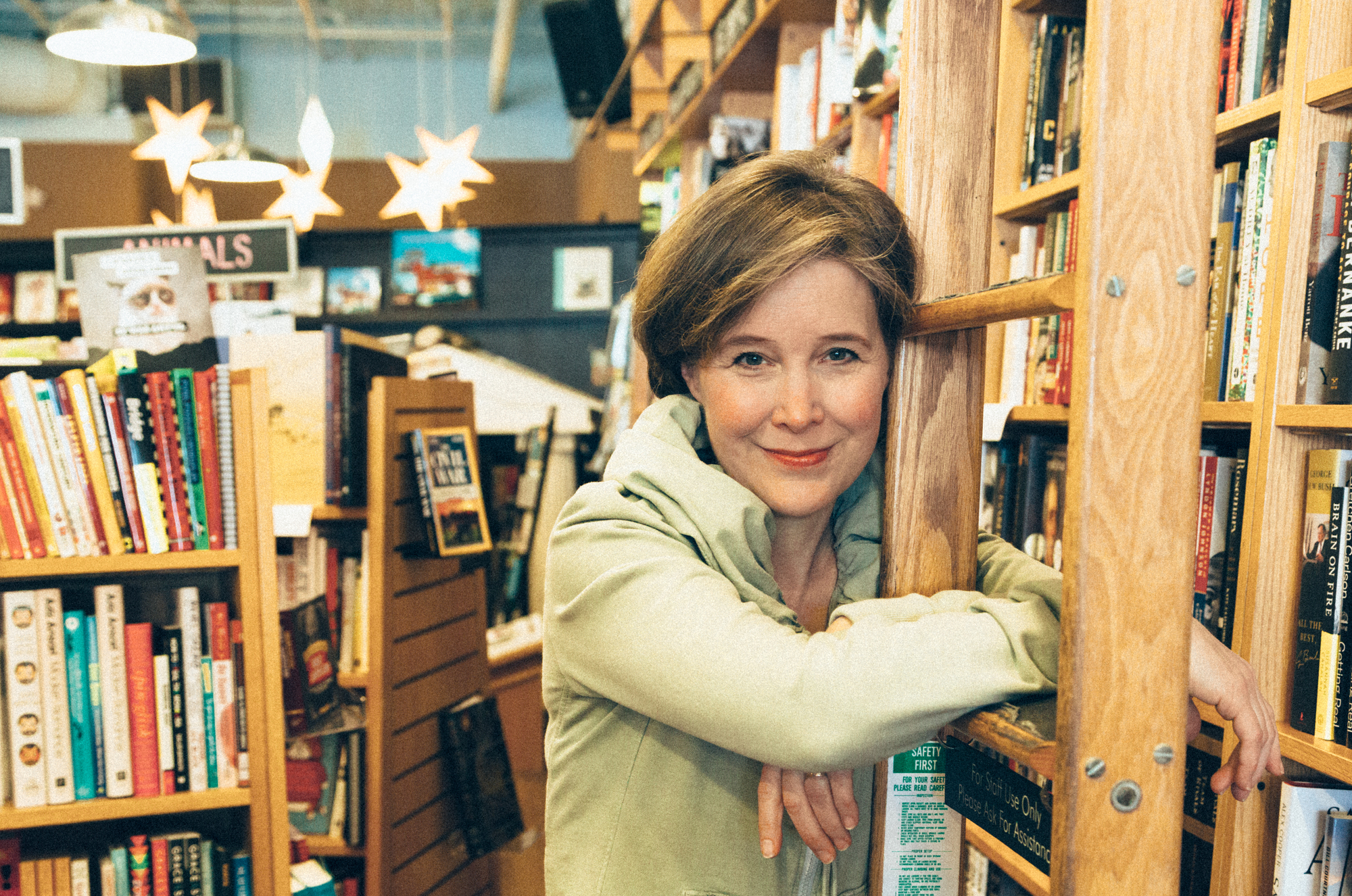 NBCC Board member and past Balakian winner Katherine A. Powers reviewed Ruth Franklin's “Shirley Jackson: A Rather Haunted Life” for the Chicago Tribune, and Philip Eade's “Evelyn Waugh: A Life Revisited” for Barnes & Noble.com

NBCC Board Member Mary Ann Gwinn reviewed “Something in the Blood” by David J. Skal for the Seattle Times.

NBCC board member Laurie Hertzel interviewed Ann Patchett (above, at bookshelf) and reviewed Tana French’s mystery, “The Trespasser,” both for the Minneapolis Star Tribune.

The #NBCCLeonard Picks blog series wraps up this week, with voting by members for the best first book in any genre beginning soon.

Michael Berry reviewed T.C. Boyle’s “The Terranauts” for the San Francisco Chronicle, “The Starlit Wood,” edited by Dominik Parisien and Navah Wolfe, for the Portland Press Herald, and profiled Jonathan Lethem for the East Bay Express.

Lori Feathers reviewed Lidija Dimkovska’s “A Spare Life” in World Literature Today. and picks some early gems in the hunt for the Best Translated Book of 2016

Priscilla Gilman reviewed “The Fall Guy” by James Lasdun for the Boston Globe.

Ellen Akins reviewed “Hag-Seed” by Margaret Atwood for the Minneapolis Star Tribune, and “Today Will Be Different” by Maria Semple for Newsday.

Sara Elaine Tankard reviewed “One of Us is Sleeping” by Josefine Klougart for World Literature Today.

Paul Wilner wrote about Bob Dylan and the Nobel Prize for Zyzzyva.

Diane Scharper's roundup review of “Living With a Dead Language,” “In The Country We Love,” and “Lab Girl” appeared National Catholic Reporter.

Chris Barsanti reviewed “Strangers in Their Own Land” by Arlie Russell Hochschild for PopMatters.

Over on Literary Hub, Erika Dreifus contests claims that Jewish writing is “over.” And for her own newsletter and website, Erika recently interviewed Rachel Hall, whose newly published collection of linked stories, Heirlooms, was selected by Marge Piercy as winner of the BkMk Press G.S. Sharat Chandra Prize for Short Fiction.

Norman Rusin reviewed “When We Are No More: How Digital Memory Is Shaping Our Future,” by Abby Smith Rumsey for the website Got Science.org.

Christopher Shade interviewed Peter Ho Davies on the publication of his new novel “The Fortunes” for the Brooklyn Rail.

Karl Wolff reviewed “The Great Ordeal (The Aspect-Emperor, Book Three)” by R. Scott Bakker for the Chicago Center for Literature and Photography. He also reviewed “The German War,” by Nicholas Stargardt and “Black Beauties: Iconic Cars Photographed by Rene Staud” by Rene Staud, both for the New York Journal of Books.

Susan Comninos wrote about “Treyf” by Elissa Altman for Haaretz, and published poems in Rattle and Matter Press.

Lanie Tankert wrote about “Body of Water” by Chris Dombrowski for the Woven Tale Press.

Roxana Robinson wrote about the exposure of Elena Ferrante for the Washington Post.

Rayyan Al-Shawaf reviewed “The Return,” by Hisham Matar for Truthdig and “The Boat Rocker,” by Ha Jin, for the Christian Science Monitor.

Michael Magras reviewed Rabih Alameddine’s “The Angel of History” for the Houston Chronicle, and David Szalay’s “All That Man Is,” for Northwest Review of Books.

Mike Lindgren reviewed Homeward Bound,” a biography of Paul Simon by Peter Ames Carlin, and “Crime Plus Music,” an anthology edited by Jim Fusilli, both for the Washington Post.

Lisa Russ Spaar wrote about books by poets R.T. Smith and Mark Wagenaar in her Seconds Acts column for the Los Angeles Review.

Laurie Hertzel is the books editor of the MInneapolis Star Tribune and a member of the NBCC board.