Author and former NBCC board member Carolyn See passed away at the age of 82.

NBCC board member and 2013 Balakian winner Katherine A. Powers reviews “This Must Be the Place” by Maggie O’Farrell for The Boston Globe. 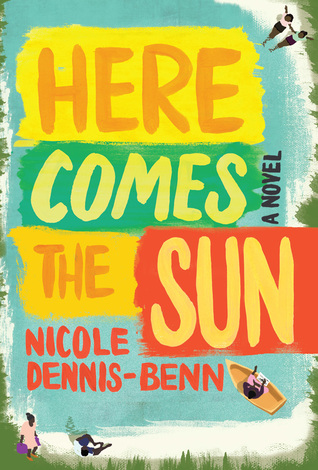 NBCC board member Laurie Hertzel reviews “Vinegar Girl” by Anne Tyler and “The Voyeur’s Motel” by Gay Talese for the Minneapolis Star Tribune. She also writes about being drunk on books.

Julia M. Klein reviews Thomas Harding's “The House by the Lake” for the Boston Globe. She also reviews Delia Ephron's “Siracusa” for the Los Angeles Times.

Steven G. Kellman reviews “The Noise of Time” by Julian Barnes for the San Francisco Chronicle.

Joe Peschel reviews “The Life of the World to Come” by Dan Cluchey in the Charlotte Observer.

Bob Hoover reviews “Bobby Kennedy: The Making of a Liberal Icon” and “William Tecumseh Sherman” for the Dallas Morning News.

Michael Magras reviews “The Return” by Hisham Matar for the Minneapolis Star Tribune.

Lisa Russ Spaar looks at two books of poetry for the Los Angeles Review of Books: “War of the Foxes” by Richard Siken and “Lynchburg” by Forrest Gander, and interviews Charles Wright for Image.

Philip Belcher interviews Michelle Boisseau about her five volumes of poetry for Shenandoah.

Karl Wolff continues his American Odd essay series at the Chicago Center for Literature and Photography with an essay on “Urantia: The Great Cult Mystery” by Martin Gardner

Rayann Al-Shawaf reviews “The Bones of Grace” by Tahmima Anam for the Minneapolis Star Tribune.