It's a steamy summer, and drama and tragedy roll across the nation. 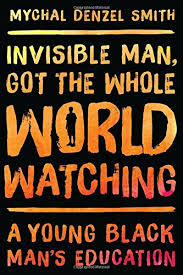 It was a particularly resonant time for NBCC Board member Walton Muyumba to write about Invisible Man, Got the Whole World Watching: A Young Black Man’s Education by Mychal Denzel Smith for the New York Times. He also wrote about Yaa Gyasi novel Homegoming for The New Republic.

In another timely essay, NBCC board member Gregg Barrios contributed an piece on Mohammad Ali for the Texas Observer.

For Berfrois, Matthew Jakubowski interviews Adrian Nathan West about his first novel The Aesthetics of Degradation.

Board member Mary Ann Gwinn interviews poet Chris Forhan about his memoir My Father Before Me for the Seattle Times.

On the Washington theme, Michael Magras reviews  Stuart Stevens's The Innocent Have Nothing to Fear and Jennifer Close's The Hopefuls for BookPage. For the Minneapolis Star Tribune, he contributed a review of Calvin Trillin's Jackson, 1964.

Laverne Frith reviews The Laughter of the Sphinx by Michael Palmer for New York Journal of Books.

In the Toronto Star, Rayyan Al-Shawaf reviews I Am No One, by Patrick Flanery. For the Chicago Reader, he writes a review of Grace Without God: The Search for Meaning, Purpose, and Belonging in a Secular Age by Katherine Ozment.

For the Washington Post, Gerald Bartell reviews Some Enchanted Evenings: The Glittering Life and Times of Mary Martin by David Kaufman.

In other news, Bharati Mukherjee is one of four Indian-Americans honored with the Carnegie Corporations “Great Immigrants” award, along with Google CEO Sunder Pichai and PBS NewsHour Anchor and Senior Correspondent Hari Sreenivasan. Mukherjee won the 1988 National Book Critics Circle Award in 1988 for The Middleman and Other Stories.

We recognize some newish members of the NBCC with their first contributions to Critical Mass.

Ilana Masad has amassed quite a few since joining. She writes for the LA Times, a piece on what to read in the wake of the Orlando, Florida shooting. For Broadly, piece on the woman who inspired Sarah-Jane Stratford's new novel, Radio Girls. For LitHub, a profile of the authors of The Crow Girl who go by the collective name Erik Axl Sund. In Electric Literature, a review of Arcade by Drew Nellins Smith. In Rewire News, an interview with Carmen Rita, author of Not Too Real. 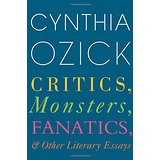 Finally, a little inspiration from one who has been at this work a long time. Cynthia Ozick has written her 18th book, Critics, Monsters, Fanatics, and Other Literary Essays, and Priscilla Gilman writes about it for the Boston Globe.