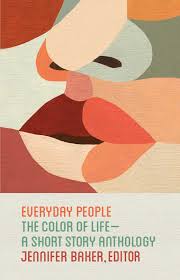 For the Minneapolis Star-Tribune, Jim Carmin reviews Barkskins. And for Oregonlive and The Oregonian, Jim Carmin writes on Pauls Toutonghi and his new book, Dog Gone.

And, finally, past NBCC President and current VP/Online Jane Ciabattari leads off her column for LitHub with Barkskins. (She also includes the fiction of Lian Hearn, Max Porter, Yaa Gyasi and Anna Noyes.)

Past NBCC Board Member Karen Long reviews The Hour of Land: A Personal Topography of America's National Parks for Newsday and Jill Lepore’s Joe Gould’s Teeth for the Los Angeles Times.

For The Washington Independent Review of Books, Joseph A. Esposito reviews 67 Shots by Howard Means and also Five Presidents by Clint Hill and Lisa McCubbin.

Julia M. Klein reviews Judith Freeman's The Latter Days for the Chicago Tribune and reviews Susan Faludi's In the Darkroom for the Boston Globe. For the Forward, Julia M. Klein reviews In Those Nightmarish Days: The Ghetto Reportage of Peretz Opoczynski and Josef Zelkowicz edited and with an introduction by Samuel D. Kassow; translated and co-edited by David Suchoff.

Michael Lindgren writes about Michael Shelden’s Melville in Love and David O. Dowling’s Surviving the Essex for the Washington Post.

Rayyan Al-Shawaf reviews The Way to the Spring: Life and Death in Palestine, by Ben Ehrenreich for the Los Angeles Times and Their Promised Land, My Grandparents in Love and War, by Ian Buruma for Truthdig.

Past Board member Eric Liebetrau reviews Sebastian Junger’s Tribe for the Boston Globe and also reviews James McBride’s Kill 'Em and Leave: Searching for James Brown and the American Soul for Columbia Magazine.

Poets & Writers interviews LA Times Book Editor and past Board NBCC Board member Carolyn Kellogg. Asked what she is eager to read, she said,  “My prior regular reviewing responsibilities and my recently concluded tenure on the board of the National Book Critics Circle used to dominate my reading. I have Jean Stein’s West of Eden in my to-read pile and I’ll probably blend stuff I’ve missed—Anna Karenina!— with new books, like Idra Novey’s Ways to Disappear.”

Finally, in a closing note, as mourning and outrage follow tragedy in Orlando, past NBCC Board member Rigoberto Gonzales writes a moving essay in Buzzfeed titled “I Found A Home In Clubs Like Pulse In Cities Like Orlando.”