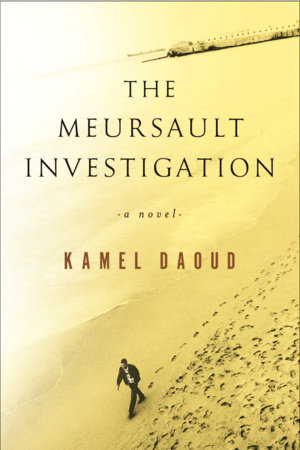 For NPR.org, NBCC member Heller McAlpin writes: “Some ideas are so clever it's a wonder no one has thought of them before. Case in point: Algerian writer Kamel Daoud's The Meursault Investigation, a response to Albert Camus' The Stranger, written from the point of view of the brother of the nameless Arab murdered by Camus' antihero Meursault.” Her review:

NBCC member Julie Hakim Azzam reviews The Meursault Investigation for the Pittsburgh Post-Gazette. She writes: “In his debut novel, “The Meursault Investigation,” Mr. Daoud corrects, or “writes back,” to Camus’ novel from the point of view of the dead Arab’s brother. The narrator tells us that “the Arab” is named Musa, and attempts to tell his story, to give voice to the voiceless.”

NBCC member Piali Roy reviews the novel for the “Toronto Star,” and writes: “The Meursault Investigation follows The Stranger right to the end albeit on an extended time delay. Modern-day Algeria is appropriately Camusian, its showy piety a grand absurdity. The heroes of both books rail at God. And Harun sees the greater joke, that he is 'practically the murderer’s double.' ”

NBCC member Bill Williams reviews Missoula by Jon Krakauer for “Palm Beach ArtsPaper” and writes: “Although it is a tough read, 'Missoula' opens the door into a largely hidden world of sexual assaults and long-term trauma on college campuses.”

In YaleGlobal Online, NBCC member Susan Froetschel reviews Terrorism in Cyberspace: The Next Generation by Gabriel Weimann and notes: “Extremists have become adept at using the internet, particularly social media platforms that are popular and free, for spreading their ideology and snagging new recruits.”

NBCC Board member and VP/Awards Michele Filgate writes an essay on Eleanor Marx, inspired by Rachel Holmes’ Eleanor Marx: A Life for “Brooklyn Quarterly,” and considers the art of biography:  “Writers of biography are translators of the human experience, responsible for reconstructing a life and deciphering it for us. It’s a form that has evolved over time—one which Virginia Woolf examined closely in her famous essay, “The Art of Biography.” She wrote that “almost any biographer, if he respects facts, can give us much more than another fact to add to our collection…He can give us the creative fact; the fertile fact; the fact that suggests and engenders.”

NBCC member Michael Magras draws a bit from his own experience in his review of Joshua Cohen’s Book of Numbers in “Book Reporter.” His opening lines: “The CEO of a software company I used to work for once posed shirtless for a local alternative newspaper, with gold glitter covering his chest, face and long black hair. This was during the late 1990s, when the hot air balloon known as the original dot-com bubble had yet to burst. Few software leaders go to that extreme to promote their companies, but I mention this memorable act of self-promotion in case you pick up Joshua Cohen’s BOOK OF NUMBERS, read the passage in which the head of a Google-like Internet search company strips off his kasaya robe and neoprene wetsuit to greet a visitor naked, and think: That’s more than a little farfetched. It is, but not as far as you might think.”

In “Brooklyn Quarterly, ” NBCC member Tadzio Koelb reviews the collection Watchlist: 32 Short Stories by Persons of Interest, edited by Bryan Hurt, about what it is like to live in a surveillance state. He writes: “Bryan Hurt’s introduction to the short-story collection Watchlist begins with the moment that he and his wife first wonder if their baby monitor isn’t a form of “spying.” The idea prompts him to consider the extent to which we are aware of being observed by our governments—and to marvel at how little that awareness seems to affect us as a society. In the end, he advises his son to “get used to it, little dude,” because “being watched is part of life.”

From NBCC member Lisa Spaar, the latest installment in her monthly review of second books of poems, and she takes on Secret History of the Dividing Line by Susan Howe and O’Nights by Cecily Parks in “Los Angeles Review of Books”

For the “Christian Science Monitor,” NBCC member Terry Hong reviews the novel The Ever After of Ashwin Rao by Padma Viswanathan which explores the reverberations of the 1985 Air India bombing.

In the “St. Louis Post-Dispatch,” NBCC member Joe Peschel reviews Our Souls At Night by Kent Haruf. He writes:“You hear a lot about the power of Haruf’s 'spare' prose, and rightly so. Of his own writing, Haruf, in a final interview with the Denver Center for the Performing Arts, said, ‘I have written as close to the bone as I could. By that I mean that I was trying to get down to the fundamental, irreducible structure of life, and of our lives with one another.' ’”

NBCC Member Laurie Heltzel, senior editor/books for the “Star-Tribune” has had a busy season, writing the Summer Reading Guide and a review of Nancy Plain’s This Strange Wilderness.  Of Plain’s book she writes: “And now it is summer, and the days are longer and lighter, and birds are thinking about doing what birds do — building nests, laying eggs, cheeping outside your window at the ungodly hour of 5 a.m. A good time, perhaps, to read Nancy Plain’s short and lovely biography of John James Audubon, “This Strange Wilderness.”

After a brief absence, Michael Upchurch rejoined the NBCC and has recently reviewed three works of fiction:  Steven Millhauser’s Voices in the Night in “The Oregonian”, Jill Ciment’s Act of God in “Seattle Times,” Jacob Rubin’s The Poser in the “Washington Post.”

NBCC member Daniel Akst has launched a new series on Critical Mass, 'Second Thoughts.'  He writes: “We’d love to hear from you about a work that had a big impact on you long ago, and how it seemed when you re-encountered it later in life. You, no doubt, had changed. Had the book changed too? What was it like to revisit such a book after all you'd lived through since your first impressions?”

Please submit your comments or essays by July 13.

Your reviews seed this roundup; please send your contributions to NBCCcritics@gmail. Please make sure to send links that do not require a subscription or username and password.