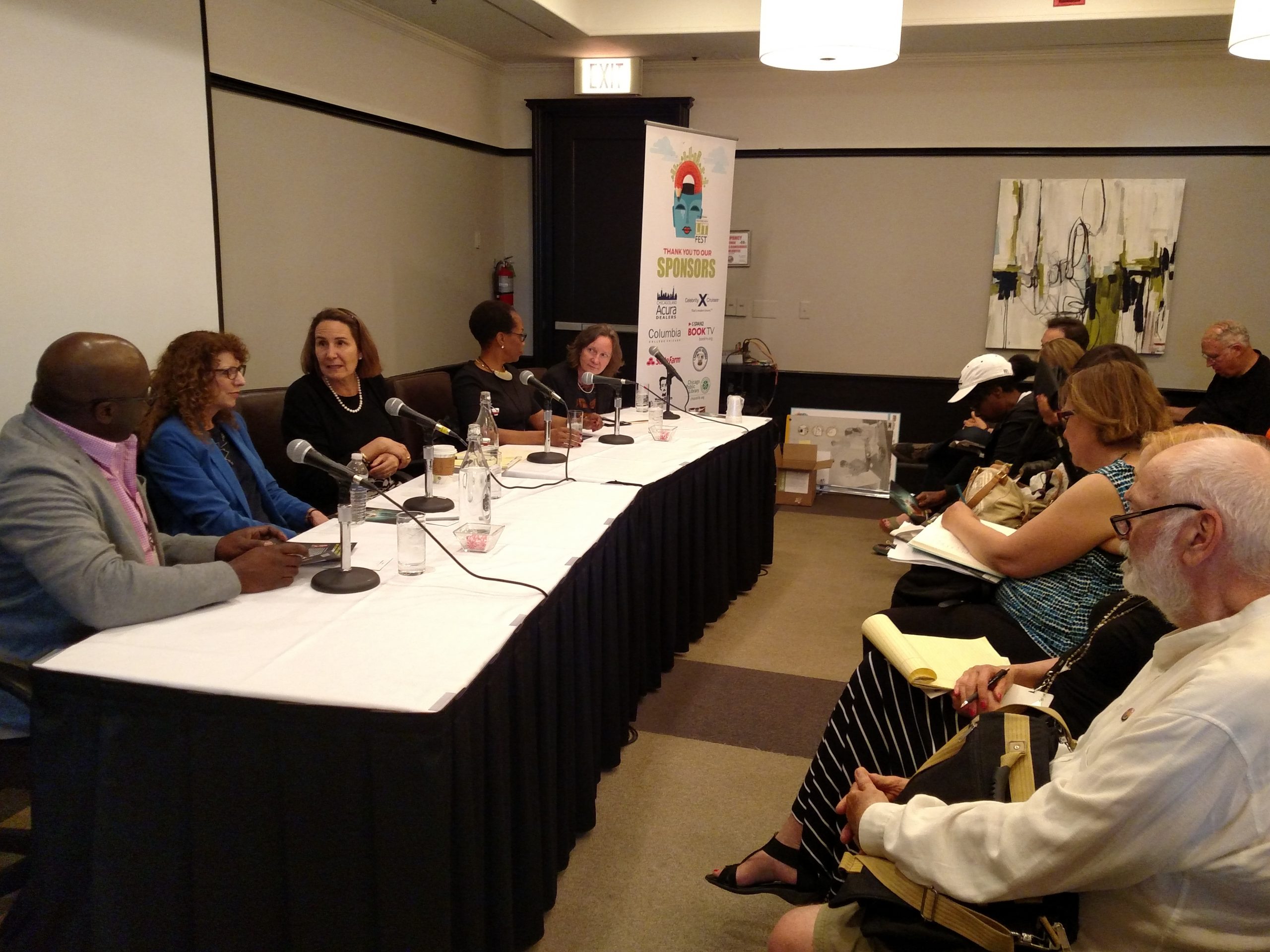 Video of the NBCC BEA panel on Race, Gender and Books Reviews at the Center for Fiction on May 27, 2015 now on Critical Mass. The moderator was NBCC board member Walton Muyumba. Panelists were Cate Marvin, poet and co-founder of VIDA; Miriam Markowitz, NBCC board member and deputy literary editor of The Nation; Alexander Chee, fiction writer and book reviewer; Hawa Allan, contributing editor at Tricyle magazine; and Parul Sehgal, former NBCC board member and editor at The New York Times Book Review.

NBCC board member Mary Ann Gwinn devotes her Lit Life column to the work of poet Frank Stanford “whose turbulent life ended in suicide, and is experiencing a well-deserved renaissance.” Port Townsend publisher Copper Canyon Press has released “What About This: The Poems of Frank Stanford.”

NBCC board member Colette Bancroft reviews new novels by Stephen King and Joyce Carol Oates, both dealing with “the scary theme of obsession.”

Former Balakian winner Steven G. Kellman reviews Zachary Leader's biography of Saul Bellow for the Boston Globe: “Leader was able to draw upon 81 previously restricted boxes among the copious Bellow papers at the University of Chicago for this biography.”

Dan Cryer reviews Jim Shepard's “The Book of Aron,” his seventh novel, set in the Warsaw ghetto, for the San Francisco Chronicle: “a work of straight-ahead naturalism, but it is nothing like Wiesel’s pioneering 1960 novel. For one thing, it is a far better work of fiction.”

Susan Balee reviews Kate Atkinson's “A God in Ruins” for the Pittsburgh Post-Gazette: “Ms. Atkinson’s thrumming imagination runs on premium prose, a perfect vehicle for conveying the dead out of their graves and into the future.”

For the Clarion-Ledger, Jim Ewing reviews 'A Slant of Light' by Jeffrey Lent and Preston Lauterbach’s 'Beale Street Dynasty: Sex, Song, and the Struggle for the Soul of Memphis. “an important and impeccably researched social and political history of Memphis that may be one of the best historical narratives of black life in the American South from the end of the Civil War to the 1940s. It's also a riveting tale that's hard to put down.”

Angie Jabine reviews “The Great Detective: The Amazing Rise and Immortal Life of Sherlock Holmes” for The Oregonian: “Dundas's densely florid prose occasionally goes down like a fruitcake that is all candied kumquats and no crumb. (“Sit with me by the coal fire and we will discuss my conclusions, as the equinoctial gales sob like a child in the chimney.”) But his language will resonate with anyone with a taste for 19th-century British archaisms. When's the last time you saw a 21st-century writer use the words rakehell, simulacrum, or gasogene?”

Julia M. Klein reviews Steve Inskeep's “Jacksonland” for the Chicago Tribune: “Inskeep underlines that the Cherokees, who unlike the Seminoles and some other tribes who chose assimilation, negotiation and compromise over warfare, were “more than mere victims.” In fact, he writes, “they were skilled political operators who played a bad hand long and well.”

Joe Peschel reviews Thane Rosenbaum's “How Sweet It Is!,” for The Washington Post: “…it’s hard to resist raising a toast to a book that shows Lansky, Frank Sinatra, Isaac Bashevis Singer and Muhammad Ali at a Little League Baseball game umpired by Fidel Castro.”