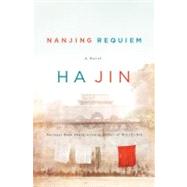 The Los Angeles Review of Books (see our Q&A with editor Tom Lutz) is launching a series of ebooks collecting some of its essays and interviews.

Jordan Smith reviews John Diggins’ Why Niebuhr Now?, a study of the work of theologian Reinhold Niebuhr, at Slate, and Stephen Pinker’s The Better Angels of Our Nature for the Christian Science Monitor.

Jim Carmin reviews Robert Morgan’s Lions of the West: Heroes and Villains of the Westward Expansion for the Minneapolis Star-Tribune.

Should you ghostwrite a book for your therapist? Sue Shapiro considers the matter at the New York Times’ Opinionator blog.

Maureen Corrigan revisits the work of Jack Finney, author of Invasion of the Body Snatchers, at NPR.org.