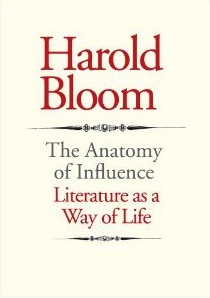 William Deresiewicz tees off on Harold Bloom’s reputation in general and his latest book, The Anatomy of Influence, in particular in the New Republic. “To say that [Harold] Bloom has turned himself into a celebrity is to recognize that he has conspired, with ample help from the media, to make his personality more significant than anything he does, and that everything he does now serves to keep that personality afloat before the public.”

Laura Collins-Hughes reviews Emmanuel Carrere’s memoir, Lives Other Than My Own, for the Boston Globe.

The Times Literary Supplement has rebooted its literary blog.