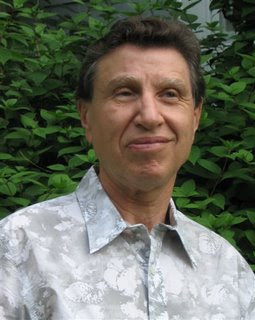 Each week, the NBCC will post a list of five books a critic believes reviewers should have in their libraries. We recently heard from former NBCC criticism finalist Morris Dickstein. Here are the books he named, adding: “I confined myself to criticism but ruled out classic works like William Hazlitt’s The Spirit of the Age and Matthew Arnold’s Essays in Criticism. This landed me squarely in the middle decades of the twentieth century, unquestionably the peak years of modern critical writing. These are books I turn to again and again.”

1) Erich Auerbach, Mimesis. An exiled German scholar’s close reading of key passages from Homer and the Bible to Virginia Woolf, focusing on how they represent their world, this is perhaps the key critical book of the twentieth century. Embracing both style and historical context, it helps us understand why the Western canon has long been the core of a humanistic education.

2) Randall Jarrell, Poetry and the Age. Written with exemplary verve and superb literary judgment, this book is utterly personal, and completely free of received wisdom. As a live response to poetic language, it scrapes the barnacles off writers as different as Whitman, Frost, and William Carlos Williams.

3) Alfred Kazin, On Native Grounds. A miracle of literary history, as written by a young critic still in his mid-20s yet as fresh today as when it appeared in 1942. Dealing with American prose writers between 1890 and 1940, it remains unfailingly keen and intelligent on familiar and forgotten figures alike.

4) Lionel Trilling, The Liberal Imagination. Trilling’s best and most influential collection of essays shows how criticism, written with grace, style, and a self-questioning cast of mind, can itself become a form of literature, as well as a valuable contribution to how we think about society.

5) Edmund Wilson, The Shores of Light. Not only the best collection of his literary journalism but a model of the working critic, down in the trenches, writing week in and week out, covering a staggering range of material, including difficult new writers and movements that stymied or offended nearly everyone else.

Morris Dickstein is president of the Association of Literary Scholars and Critics. He was a charter member of the National Book Critics Circle, recruited by Nona Balakian, and a member of the board from 1983 to 1989. He is the author of several books including “Double Agent: The Critic and Society,” Leopards in the Temple: The Transformation of American Fiction, 1945-1970” “A Mirror in the Roadway: Literature and the Real World,” and “Gates of Eden: American Culture in the Sixties,” a finalist for the 1977 NBCC prize for criticism.