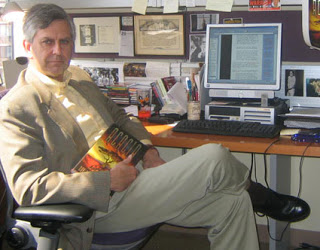 Each week, the National Book Critics Circle will post a list of five books a critic believes reviewers should have in their libraries. We recently heard from editor and critic, Gerald Howard, who has an essay in the current Bookforum on Don Delillo’s fictional ice-hockey memoir under the name Cleo Birdwell. Here are the books Howard named:

UNITED STATES: Essays 1952—1992, Gore Vidal, More classic literary essays than you can shake a stick at from the wittiest, best-read American alive, including “Reading the Bestsellers” and “Dawn Powell: American Writer,” which rescued her work from oblivion. Thank you, Gore.

AGAINST THE AMERICAN GRAIN, Dwight Macdonald. It’s not all demolition jobs – see “Masscult and Midcult” – but once the Sugar Ray Robinson of American letters got through with the Book of the Month Club, the Revised Standard Version of the Bible and James Gould Cozzens (“By Cozzens Possessed”) they were flat on the canvas.

ENEMIES OF PROMISE, Cyril Connolly. “A didactic inquiry into the problem of how to write a book that lasts ten years,” Connolly’s elegant yet deeply practical taxonomy of modern prose styles and his diagnoses of the obstacles to true literary success (beware the lure of reviewing!) more than stands the test of time.

THE SHORES OF LIGHT: A Literary Chronicle of the 1920s and 1930s, Edmund Wilson. Peerless essay-reviews from America’s greatest literary journalist, the man who taught us how to read modern literature. Substitute CLASSICS AND COMMERCIALS if the forties are more your taste or THE BIT BETWEEN MY TEETH if it’s the fifties and early sixties. Then read everything else he wrote and go forth and do likewise.

THE DIARIES OF DAWN POWELL. Refresh your sense of the moral courage it takes to sustain a literary career and the nobility of the enterprise. (THE HABIT OF BEING by Flannery O’Connor will serve this purpose equally well.)

Gerald Howard is a book editor who occasionally commits literary criticism for Bookforum and other publications.